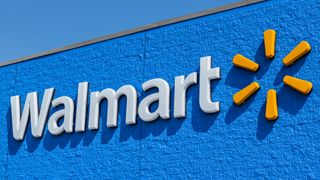 January is a fantastic time to find incredible bargains at Walmart, so to make things easier for you, we've put together a list of the best Walmart sales and deals that are currently going on. This week's deals include Walmart's winter clearance sale, which means price cuts throughout the site on appliances, laptops, furniture, and more. You can also score massive discounts on Super Bowl TVs, which include a wide range of sizes and prices.

Shop more of Walmart's best sales below which include our top deal picks that are updated weekly.

Walmart's winter savings sale includes discounts on last year's best-selling stock, which include TVs, laptops, toys, appliances, furniture, and more. It's a perfect opportunity to stock up 2019's most-wanted items at a record-low price. You'll have to act fast though, stocks are limited, and we don't know how long Walmart will have the item on sale.

Walmart's 'Super Bowl' sale includes discounts on everything you need for the big game. Savings include deals on tailgating essentials, soundbars, kitchen appliances, and fan gear. The most popular item discounted during the sale is big-screen TVs. You can find Black Friday-like discounts on a variety of best-selling 4K TVs from brands like Sony, Vizio, LG, and more.

JVC 49-inch FHD Roku Smart TV: $219.99 at Walmart
The budget JVC TV is a fantastic option if you're looking for a mid-size TV with smart capabilities. The 49-inch TV has the Roku experience built-in so you can stream Netflix, Hulu, Amazon Video and more.
View Deal

Hisense 58-inch 4K Ultra HD Android Smart TV: $319.99 at Walmart
A fantastic price for a 58-inch 4K TV, you can get the Hisense UHD TV on sale for $279.99 at Walmart. The smart TV has the Google Assistant built-in so you can use your voice to control your TV and compatible smart home devices.
View Deal

RCA 70-inch 4K Ultra HD Smart TV: $499.99 at Walmart
You can save 50% on the RCA 70-inch 4K TV at Walmart. A fantastic price for a big-screen TV, the Ultra HD TV features smart capabilities, so you can stream from apps like Netflix, Hulu, Amazon Video, and more.
View Deal

Element 70-inch 4K UHD Roku Smart TV: $499.99 at Walmart
An excellent price for a big-screen TV, you can get the Element 70-inch 4K TV on sale for just $499.99. The smart TV has the Roku experience built in, so you can stream from apps such as Hulu, Amazon Video, and Netflix.
View Deal

Roku Streaming Stick+ 4K Media Player: $49 at Walmart
Stream your favorite content from Netflix, Hulu, Amazon Video and more in 4K HDR with the Roku Streaming Stick Plus that's currently on sale for $43.99. The Roku Plus also features a voice remote so you can launch movies and browse shows completely hands-free.
View Deal

Apple iPad (6th gen) 128GB $349 at Walmart
You can get the 2018 Apple iPad on sale at Walmart for $349. The 9.-7 inch tablet packs 128GB of storage which allows you to store plenty of movies and download apps and games. The tablet comes in your color choice of gold, silver or space grey.
View Deal

Apple Watch Series 3 GPS, 38mm: $199 at Walmart
Walmart now has the Apple Watch 3 down to $199. The 38mm smartwatch features heart rate monitoring and GPS technology and comes in a black or white sport band.
View Deal

Apple Watch Series 3 GPS + Cellular, 38mm: $299 at Walmart
Walmart has the Apple Watch 3 in a white sport band with cellular on sale for $299. The Series 3 smartwatch features GPS technology and LTE connectivity which allows you to get internet and phone connectivity on your watch even your iPhone is far away.
View Deal

PS4 Slim 1TB Console | $254.90 at Walmart
The larger 1TB PS4 is a must-buy at the right price compared to the standard 500GB version. So many games now have a minimum 50GB mandatory install so the larger capacity is super handy if you have a decent-sized game collection.
View Deal

PS4 Slim | Call of Duty: Black Ops 4 | $298.88 at Walmart
Walmart has this popular PS4 Slim bundle on sale for $298.88. You're getting the brand new Call of Duty game, which has joined the Battle Royale bandwagon this year.
View Deal

Xbox One S All Digital Edition | 3x games | $149 at Walmart
Pick up a cheap Xbox One S Digital Edition for a fantastic returning sales price at Walmart. You're also getting Sea of Thieves, Minecraft, and Forza Horizon 3 to get you set up straight away with some fantastic titles.
View Deal

Xbox One X | NBA 2K19 | $335.99 at Walmart
With so many stores still charging over $400 for the 4K super console alone, this is a fantastic Walmart deal. We'd happily pay this price for just the console, but we'll certainly take it with the best basketball game money can buy too.
View Deal

Fitbit Versa 2 Smartwatch: $149.95 at Walmart
Walmart has the all-new Fitbit Versa 2 smartwatch on sale for a record low price of $149.95. The smartwatch provides a remarkable six-day battery life and allows you to store 300 or so songs on your wrist.
View Deal

Apple AirPods with Charging Case $129 at Walmart
A rare price cut, you can save $20 on Apple's original truly wireless AirPods at Walmart. That's the best price we've seen for the Apple AirPods that come with a charging case.
View Deal

HP 14 Laptop: $149 at Walmart
An excellent option for a budget laptop, you can get the HP 14 laptop on sale for just $149 at Walmart. The powerful 14-inch laptop packs an Intel Celeron processor, 4GB of RAM, and 64GB of storage.
View Deal

Lenovo Ideapad S340 15.6-inch Laptop: $329 at Walmart
You can get the Lenovo Ideapad on sale for $329 at Walmart. The lightweight laptop features an 8th Generation Intel Core i3-8145U Dual-Core Processor, 8GB of RAM, 128GB of storage and provides an eight-hour battery life.
View Deal

Google Home Smart Speaker $79 at Walmart
This larger version has a louder speaker and the audio range is a bit more nuanced than the Mini. If you're going to play a lot of music, it's worth spending a bit more on this version.
View Deal

Google Nest Hub $99 at Walmart
For a limited time, you can get the Google Nest Hub for $99. The smart hub display can control smart home devices (like the Nest) and works with the Google Assistant to display photos, make calls, show the news and more.
View Deal

Google Home Max $299 at Walmart
The Google Home Max is much bigger than any other Google home speaker and is capable of really filling the room with sound. And we mean that too as the speakers react to the size and shape of a room to give you the best sound. Get it on sale right now for $299.
View Deal

iRobot Roomba 670 Robot Vacuum: $242.99 at Walmart
Always a best-seller, Walmart has the iRobot Roomba 670 on sale for $242.99. The powerful robot vacuum works with Amazon Alexa and the compatible app allows you to clean and schedule from anywhere.
View Deal

Farberware 3.2 Quart Oil-less Multi-Functional Fryer: $59.88 at Walmart
Get the best-selling Farberware Fryer on sale at Walmart for $59.88. That's a $39 discount for the 3.2-quart fryer that allows you to cook your favorite fried foods with less oil.
View Deal

Instant Pot DUO60 6 Qt Pressure Cooker: $79 at Walmart
Walmart shoppers can save $20 on the best-selling Instant Pot DUO60. That's the lowest price we've seen for the pressure cook would make a perfect gift for anyone on your list.
View Deal

You can shop more of the best cheap TV deals from Samsung, LG, Sony, and more.

You can also shop the best cheap smart home devices and gadget deals that are happening now.