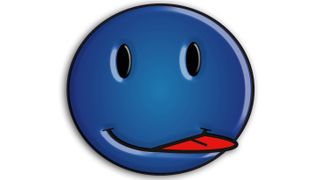 Tongues and videogames - whatever next?

Today's One More Thing comes with a tinge of disappointment. We were meant to meet up with someone today – they specifically said 'see you next Tuesday' on Friday – but they seemed to have left us in the lurch.

This has meant we have spent most of the day looking for lovely nuggets of tech, chipped from that massive tech mine known as the internet – from tongue rolling to web trolling…

Tongue tied – Kinect fans will soon be able to control the motion-controlled controller with their tongue. Well, they will if the University of Tokyo has anything to do with it. The idea is that it could mean those with severe disabilities will be able to play games using Kinect. Which is a much better use for the technology than what the filthy hive mind of TechRadar came up with. [The Verge]

You've got to troll with it – The great state of Arizona in the US (we have never been but have seen the Coen Bros movie with the kid and that was awesome) is looking to ban internet trolls with new legislation that will make it illegal to harass someone using any electronic or digital device. If it comes to fruition then the trolls of Arizona may have to come out of hiding and say things to writers' faces, probably while spitting and with bad breath. [Kotaku]

I like to movie it – Samsung has revealed that it's earned itself a lovely new app for its Smart TV line-up. The On Curzon app brings the art house cinema chain to your living room, with movies arriving on the app the same day as they hit cinemas. Which is great for those who fear open spaces and the smell of stale popcorn. [PR]

Wi-Fries – O2 and McDonald's have teamed up to offer Wi-Fi in all of the fast-food chain's 1,200 UK restaurants. Ronald's house has actually been doing this for years but now O2 has nabbed the Wi-Fi rights. Just don't go to http://thewvsr.com/adsvsreality.htm when you use the Wi-Fi as it may well put you off what you are reading. [PR]

From Zeebox to 'ze box' – Orange has announced that its mobile friendly TV companion app is coming to the UK. Hot on the heels of Zeebox, that other highly publicised TV companion app, TVCheck – which was originally launched in France – will be available for both Android and iPhone. Top be honest, the only TV companion we like is a cold beer. [IT Pro Portal]

Apple gives something away shocker!! – Due to changes in the law Apple has to now give you a two-year warranty on all the products you buy from them. Given that this is a similar time-slot to the turnaround of its gadgets, it will be interesting to see how many 'problems' will appear when the next iPhone and iPad is released. [YourDailyMac]

The Force is lukewarm with this one – Kinect Star Wars has finally launched which means you can now buy a game that lets you wield an imaginary lightsaber, fight an imaginary Rancor and dance, dance like no Jedi should dance ever. Don't believe us? Well, we have video proof.

Bit of a pasting – PasteBin looks set to change its ways and stop being an anonymous dumping ground for information, with news that it may employ someone to clear up anything incriminating that's posted on the site – which kind of defeats the purpose of the site in the first place. We're guessing the job would be like a toilet attendant who has to scrub the graffiti off of cubicle walls time and time again. [PC Advisor]

Sofa so good – Fancy integrating your technology with your furniture? No, we are not talking about losing your phone down the back of your settee but the Sound Sofa - part of CSL's Cosmo range. Yes you can have as much fun as the lady in the picture and leave your headphones behind to listen to your dubstep piped through your sofa. We have no idea where the sub is placed but she does look rather happy. Just saying. [Pocket-Lint]

We7 heaven – We7 is now available through that web within a web Facebook, so now everyone can know just how bad your music collection really is. You will also be able to find out what your friends are listening too. Actually, what they want you to listen too – as we bet they keep the cheesy pop stuff out of Facebook and firmly in the closet. [We7]