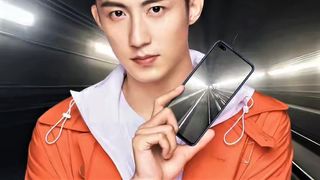 Honor’s president George Zhao has confirmed that their next flagship, the Honor V30 series will go official in China on November 26.

The Honor V series has always been known for experimental designs and innovation in cameras. The Honor V20 (View 20, globally) was the first phone with a punch-hole display, and one of the first with the 48MP Sony IMX586 image sensor. For this year, the Honor V30 will bring improved internals and 5G to the mix.

One of the biggest changes this time will be the inclusion of the Kirin 990 chipset. It is Huawei’s latest chipset, which also powers the Mate 30 series. It is built on the 7nm manufacturing process with about a 10% improvement in processing power.

In terms of design, the V30 series will be very similar to its predecessor with a tall LCD panel on the front with a punch-hole notch for the front camera. The Honor V30 will have a pill-shaped notch with two selfie cameras. The back panel was also teased recently, which revealed a quad-camera setup. The fingerprint scanner was notably missing from the back and considering that the display is an LCD panel, the fingerprint scanner is likely to be on the side, embedded in the lock button.

Rumors suggest that the Honor V30 Pro will sport a 60MP primary camera with a “Camera Matrix photography algorithm.” The cameras are said to include a 20MP ultra-wide camera, an 8MP telephoto lens, and a 3D ToF depth sensor. The regular V30 will supposedly go for a 16MP ultra-wide, along with a macro shooter and a depth sensor.

The battery is said to have a capacity of 4,200 mAh with support for 40W fast charging as well as wireless charging.

The Honor V30 series is unlikely to ship with Google services on board due to the ongoing trade war between the U.S. and China, which could affect the phone’s sales. Honor is known to bring Huawei’s innovation in photography to a more affordable package, and the same is expected this time. The same phone should come to global markets as the Honor View 30 later.