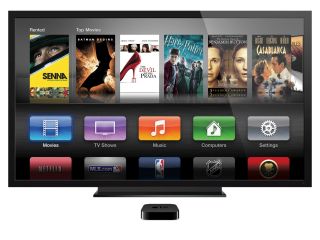 Today Apple announced the successor to its 2010 Apple TV.

While many have been waiting and guessing at a complete Apple-brand television experience (lovingly dubbed the iTV among rumor mills), no such television was announced.

Instead, Apple revealed an incremental upgrade to their wildly popular set-top box - which started as Apple's "hobby" on January 7, 2007.

The new Apple TV boasts a few new, and very welcome features, as well as a more iOS-esque interface. While the features might be advancing, the price remains familiar.

The new Apple TV is coming to brick and mortar stores on March 16th, the same day the iPad 3 will hit stores (or "the new iPad" as Apple seems happy to call it). Internet shoppers and agoraphobics alike will be pleased to know they can preorder the device, starting today.

While the features might be advancing, the price is staying put. At $99 US and £99 UK, the set-top box will remain reasonably priced.

Perhaps the most surprising development of the new Apple TV is its revamped interface. The new interface comes packed with the same sharp boxy edges of its predecessor, but adds elongated rectangular boxes, which gives it a decidedly iOS aesthetic.

As Philip Schiller puts it, "Apple TV is easier than ever to use with its new icon-based interface and the ability to access your purchased movies, TV shows and music right from iCloud."

As announced with the OS X Mountain Lion preview, the Apple TV will allow wireless mirroring, through Apple's AirPlay. That means you can mirror your computer screen to TV wirelessly.

Whereas previous Apple TV's will only have 720p HD support, you can bet the new Apple TV will allow for full 1080p support - which might just be the best reason of all to purchase one.