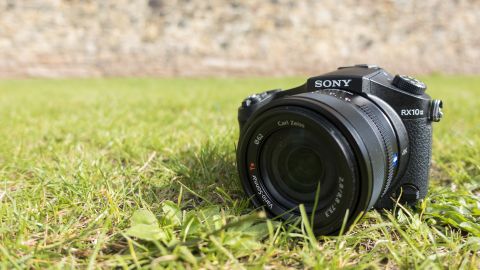 Like the RX10, the RX10 II is a tempting option for photographers on the move who value image quality above a huge zoom range. It's expensive compared to the competition, but it's a serious alternative to a DSLR and a few lenses.

Sony first introduced its convention-defying RX10 bridge camera range back in 2013. Most bridge cameras offer monster-sized zoom ranges you might never use fully, which forces the makers to use tiny 1/2.3-inch sensors that compromise the image quality.

But Sony went for quality not quantity, and stuck to a relatively modest 24-200mm zoom. It doesn't have the telephoto reach of regular bridge cameras, but it still covers the everyday focal lengths most of us use, most of the time. What this lens does offer is a constant f/2.8 maximum aperture, even at full zoom, which means it's going to be much better for low-light photography.

That's not all. The less ambitious focal range has allowed for a more ambitious 1-inch sensor that's much larger than a regular bridge camera's and delivers much higher picture quality.

With the RX10 II Sony has kept to this winning lens and sensor combination and concentrated instead on processing power and speed, and 4K video in particular.

In terms of pixel count, The RX10 II is the same as its predecessor at 20.2 million, but there's a brand new sensor design here – it's the first Sony Exmor RS sensor, and it features a stacked design. There's a DRAM (memory) chip attached to the sensor itself, which allows for a quicker readout that is promised to be 5x faster than the previous design. It also facilitates such features as 40x super slow motion, and it's joined by a Bionz X processor which is also designed for speed.

Another new feature is an anti-distortion (electronic) shutter which is designed to combat rolling shutter in video and enable shooting at up to 1/32000 of a second for stills. This is particularly useful for shooting with wide apertures in bright sunlight, or when you want to capture something particularly fast moving. Sony claims an autofocus speed of around 0.09 seconds, and you can shoot continuously at up to 14fps (frames per second).

The viewfinder has been upgraded too, and now boasts 2,359k dots compared with the 1,440k dots of the original RX10. The rear screen is a 1,228k-dot device which tilts downwards and upwards to help with shooting from awkward angles – it's not fully articulating, though, so it's less useful for portrait-format images. Like its predecessor, the screen isn't touch sensitive, as Sony continues to show resistance to including this feature in its high-end cameras.

A constant aperture of f/2.8 can be maintained throughout the RX10 II's 24-200mm (focal length equivalent) zoom range, which is the same as found on the original RX10. The 8.3x zoom range is a lot shorter than the average bridge camera, and quite a bit shorter than some of the 50x, 60x and even 83x zoom bridge cameras which you can find on the market at the moment – but it's important to remember that very few of these offer an aperture of f/2.8 at the wide-angle end, let alone throughout their zoom range.

Sony has introduced 4K video shooting for this iteration of the RX10, but unlike the RX100 IV announced at the same time it can shoot for 29 minutes and 59 seconds at a time, compared with just five minutes for the smaller camera. Super slow motion video recording is also available, which gives you the option to shoot two- or four-second bursts of video and play them back at speeds up to 40x slower than real time.

One of the criticisms of the original RX10 was its battery life, but Sony has managed to improve that for the updated version, offering a claimed 400 shots compared with 340 for the RX10.