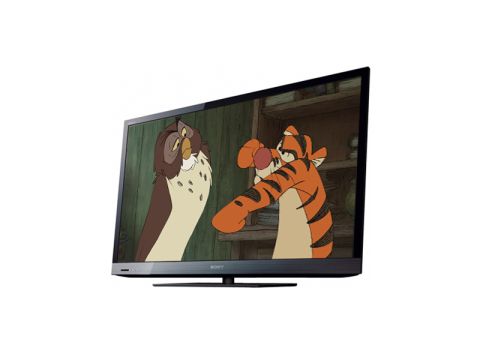 Sony's KDL-32EX524 is described as a 'great all-rounder' and 'family friendly'. This is normally a euphemistic way of saying that there aren't many flashy features on board – but that's not the case with this impressively specified little TV.

Sony has stuffed it full of features but kept it at a reasonably wallet-friendly price, which gets even friendlier if you shop around online. And it certainly is a great all-rounder, able to deliver hi-def pictures and play content from a variety of sources including USB devices and Blu-ray players – as well as providing access to online content through Sony's magnificent Bravia Internet Video portal and streaming content from other devices around the home.

The difference between the 32-inch '523' and '524' models is that the latter adds the new Presence Sensor feature and USB hard-disk drive (HDD) recording, while the step-up KDL-32EX724 throws even more features into the mix for a £200 premium, including 3D support, MotionFlow XR 200, 100Hz processing, S-Force Front Surround, built-in Wi-Fi and smartphone control.

Although it lacks the wow factor of Sony's high-end 'designer' sets, the KDL-32EX524 is still a good-looking TV. Slim and fitted with a sleek black bezel, it looks suitably modern without going overboard, and particularly nice is the shimmering brushed finish below the screen that houses the LEDs and IR sensor.

There are no touch-sensitive controls, though, so the row of buttons tucked away around the side is your only means of up-close control, which is difficult to access when it's tucked in a tight space. The supplied swivel stand takes minimal effort to attach, although its plasticky build is below par.

On the back, Sony has provided a tidy selection of sockets. There are three HDMI inputs – a fourth is found on the side – as well as component, Scart, analogue stereo and PC audio inputs and an optical digital audio output. Joining the HDMI on the side are two USB inputs, which is very useful, given that Wi-Fi support requires a proprietary dongle – when connected it leaves the other USB port free for multimedia playback. A CI slot, headphones output and 15-pin D-Sub PC input completes the lineup.