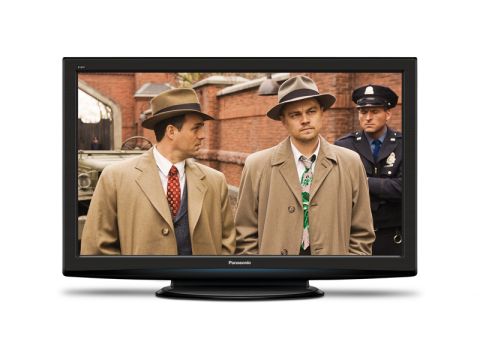 This is Panasonic's first Freeview HD set, but make sure you can receive a signal before buying

The TX-P42S20 is one of Panasonic's first Freeview HD plasma TVs to launch in the UK this year.

In the rather average half were screens that essentially just offered tweaked versions of Panasonic's older plasma screen technology.

The S10 series belonged in the latter, average half. It wasn't actually Panasonic's entry-level series; that 'honour' belonged to the X10 series. But the S10 series just didn't feel cheap enough to really be considered a budget option, and nor did its performance blow us away.

The S10 TVs were just OK - which always has to count as something of a disappointment when you're talking about a Panasonic plasma TV.

So it is that we found ourselves initially struggling to muster any great enthusiasm at the arrival of 2010's S10 update, as represented by the 42in TX-P42S20. But then we noticed a couple of rather startling things.

First, the P42S20's screen has been upgraded from its predecessor to feature NeoPDP technology. And second, the P42S20 also happens to be Panasonic's first ever TV with a Freeview HD tuner built in.
Er, right. Consider our interest well and truly piqued, then!