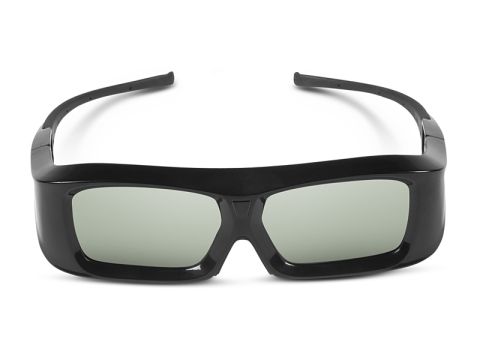 XpanD has now introduced 3D glasses that can be partnered with infra-red triggered 3D displays from the likes of Panasonic, Samsung, Philips and Toshiba, thereby reducing compatibility issues for 3DTV owners.

If you're going to a 3D party and aren't sure what (older!) TV you'll be watching, these XpanD glasses are good bet-hedgers.

XpanD will be launching a new range (the X104) with support for Bluetooth as well as the radio system favoured by Panasonic.

The Xpand 3D glasses are well-made and are fairly easy to install. A simple programming system, based around a single button and LED, enables you to tell the glasses which TV you're using.

In its set-up mode, the brand is selected cyclically by pressing the button. The number of LED 'flashes' corresponds to a specific TV brand; if it's correct, press nothing for 30 seconds and you're done. Once set, your choice is remembered until you change it.

The picture quality and comfort level are on par with the brands' own glasses in terms of light-attenuation, flicker, separation and so on.

They wrap around existing spectacles and have replaceable nose-pieces (three are supplied).

These are upgradable for new models of TV via a dealer only. Compatibility with Sony, JVC and Sharp wasn't claimed for our sample, but the website now lists these brands.

However, they didn't work with a Samsung UE55D8000. All we could see was a slightly-attenuated 'double-image', because the latest Samsungs use Bluetooth technology (as opposed to infra-red) to trigger the glasses. The upcoming X104 3D specs will have support for Bluetooth 3D TVs.

Also rather unfortunately, like many other active-shutter glasses, the X103s are powered by a non-rechargeable CR2032 li-ion cell.