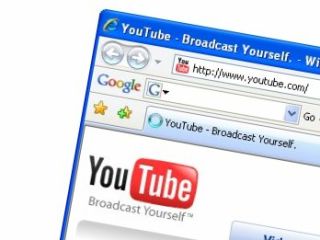 Time has published a feature on the '10 biggest failures of the last decade' and has included YouTube in the list.

Adding the world's most popular video-upload site as one of the major tech flops of the last 10 years is something of a surprise, but the feature points to the website's lack of financial success as one of the reasons it has been included.

"Credit Suisse estimated that YouTube will lose $470 million this year primarily due to the costs of the storage and bandwidth required to run the website.

"The same analyst said that YouTube will bring in $240 million this year, but that is only up 20% from 2008. If this analysis is even close to correct, YouTube would have to triple its revenue to break even."

The damning diatribe concludes with: "YouTube is big, but that has not made it a success."

Other tech travesties included on the list, which was put together by Time affiliate 24/7 Wallstreet, are the original Palm Pilot, the Segway and, unsurprisingly, HD DVD.

On its website, Time reveals just how the list was put together, explaining: "To make the list, a product had to be widely recognised and widely available to customers. It had to be aimed at a large global market. It had to be technologically equal to or superior to its competition.

"It had to be a product or new company that had the possibility of bringing in billions of dollars in revenue based on the sales of similar or competing products. Finally, it had to clearly miss the mark of living up to the potential that its creators expected, and that the public and press were lead to believe was possible."