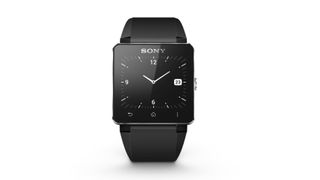 So THAT's why NFC is cool

People are lazy; fact. I know this because I am a fully paid up member of the human race and, shock horror, sometimes I can't be bothered to reach those into my pocket even when it benefits me to do so.

Yes, for the people who type Facebook into Google rather than into their browser's URL bar to those who still sit through the adverts on their DVR rather than reach for the remote control, I have come to a conclusion that will not only save you oodles of effort - but may well make Smart Watches like the moted Apple Watch or the just announced Sony Smartwatch 2 a viable piece of tech.

With Apple, Samsung and Pebble beavering away at persuading us that we need to fork out for a connected wrist watch, it occurred to me, while buying a pint of milk no less, that Smart Watches would only be worthwhile for me if they had an NFC (near field communication) chip in.

Why? Because, even though my loyalty card was attached to my keyring, in an easily accessible pocket, and all I had to do was scan the barcode to get my points I just couldn't be bothered.

Whilst reaching into a different, less accessible, pocket to get my credit card out to pay and accidentally pulling out the bigger version of my loyalty card first, I wondered why I couldn't be doing all of this with a Smart Watch.

Pay-wave, or contactless payment, has already become a thing - I've scarcely seen anyone actually use it - but there's loads of machines about and I'm sure my wife was moaning recently about having to change all her online card details because her bank gave her a new pay-wave card about a week after sending her an old-style new card.

But if I still have to reach into my pocket for the card, the extra four button presses to put in a pin (or the effort it takes to sign a bit of paper for those of you without chip-and-pin cards), don't seem so onerous. it's still too much effort.

If I had a Smart Watch that could not only pay the small fee for a pint of milk, but also sort out my loyalty points just by me touching my wrist to a machine then I think I could just about manage that.

And while I have an NFC chip in my watch, how about making it work on the Oyster Tube barriers on the London Underground?

I can tell you what's in it for the shops, transport hubs and various outlets who will need to develop for this new-fangled tech.

Once I have an NFC chip on my wrist then all of those brilliant ideas that have been hinted at since the phone revolution first tied the landline up against the wall and sacrificed it in the name of portability become valid.

QR codes that nobody could be bothered scanning for a trailer or voucher can be replaced with a tap of my watch on a poster, the rainforest worth of vouchers that got discarded in the nearest bin after dying a slow expiration date death in a wallet or purse would be front and centre, making loyalty more satisfying.

And, I could quite merrily shop without the worry about having the cash for a coffee when I get tired.

Obviously there are some hurdles to overcome - I'm far too lazy to actually have to do anything on my watch beyond tap it on stuff. If I have to select the shop I'm using my chip in then I'm afraid I'm out.

And you know what - if, say Apple or Sony, could make it so I didn't have to actually move my wrist at all then that would be awesome.

Now what was Facebook's URL again?