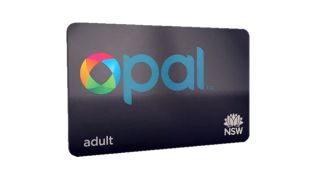 Like Sydney's trains, the Opal card is slowly getting there...

While the Opal card has been available for select ferry services since December, June 14 will mark the roll out of the card for parts of Sydney's rail network, Transport Minister Gladys Berejiklian announced on Sunday.

Ms Berejiklian touted heavy discounts to draw in early adopters of the new electronic ticketing system, highlighting the biggest incentive to be the end of queues at ticketing stations as customers will be able to linke their credit or debit cards to the Opal card.

"The start of Opal on trains signals the end of fumbling for coins and ticket queues on a Monday morning," she said.

The stations in the initial trial will include the City Circle to Bondi Junction, with 300 stations to be included by the end of 2014.

From June 14, discounts for commuters using the Opal card will include unlimited journeys on Friday, Saturday and Sunday for commuters who pay for travel to and from work Monday through to Thursday (equalling at least eight trips)

Other incentives include a $2.50 all-day cap on Sundays and a daily travel cap of $15 from Monday to Saturday for tourists and one-off users.

With 700 cards already issued to ferry commuters, Ms Berejiklian said that she is anticipating high take-up with the introduction of a second mode of transport.

The Opal roll out across the NSW transport network for buses, trains and ferries is scheduled to be completed by 2015.