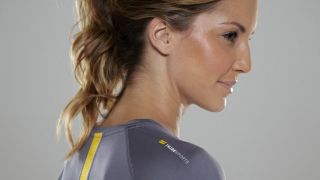 Sports technology's surge in popularity over the last few years can be put down to one thing: data, and lots of it.

With the Fitbit fighting with the FuelBand to take pride of place on our wrists, there are a whole host of gadgets out there that tap into the quantified self, with the hope that this daily deluge of data will make us fitter, happier, more productive.

One website that has benefited from this spurt in sporting behaviour is Tribesports – a social network that is using the data it has mined from its users to take on the sports giants at their own game and branch out into its own brand of clothing sales.

Over the last year, Tribesports has seen a 3,700% increase in membership – put largely down to its own marketing and the help of added Facebook and Twitter integration – and it is hoping that learning from its members' needs, gathering data about their likes and dislikes, has put it in good stead to offer cut-price sportswear that carry the Tribesports emblem.

"We will be one of the first online sports shops with a huge community aspect," Jenna Anians, founder and president of Tribesports, told TechRadar.

It is this community aspect that Tribesports hopes will give it an edge, as working as a social network first means that it has a lot of information about what its users want from sports clothing.

"After launching the website it became clear that everything we do is driven by data," said Anians.

The hole in the market that Anians and the rest of the team found was that people felt that better-priced sportswear often meant a dip in quality.

As Anians explained: "There isn't a brand out there that doesn't inflate the price of their products through wholesale or advertising. These come at a cost so we decided to release a range of sports clothing that won't have that cost."

With the likes of Nike and Adidas priding themselves on their brand value and the inevitable premium this comes at, Tribesports, a niche social network, may find it difficult to make a dent in what is a saturated market.

But Anians believes that big brands aren't necessarily what its users look for when it comes to garments. It all depends on recommendation.

"We found that around 81% of our users felt that they looked to their peers rather than famous athletes when it come to being influenced by the clothes they wear," said Anians.

Tribesports members tend to look more at the actual garment, what it is made of and how it is made, before making a buying decision – something Anians sees as integral to its sportswear going forward and where its social network will come in handy.

"On the site we will show everyone that we have nothing to hide in our manufacturing process. We will breakdown the costs of the garment, so you can see where your money is going. Again this feeds into how data driven our site is and how important this is to our users.

"It will be all about the journey with our clothing and this is something you will see – it is about respect for the quality of the clothing."

To make its clothing range happen it has launched a Kickstarter campaign with the hope that it can raise the £30,000 needed to nail its online model.

But its ambitions seem a little loftier, with Anians telling TechRadar: "Innovation is in our DNA, so you should see some garments coming out using our own data technology that will be first to market."