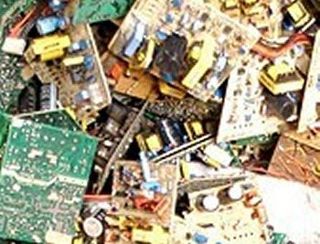 In a move that will hopefully shame rival manufacturers into following suit, Dell announced today that it is banning the export of non-working electronics to developing countries - the first major US computer manufacturer to do so.

Dell's new international policy will allow the export of working computers and components, but all non-working parts will have to remain in their country of sale, to be recycled or disposed of locally.

The export of non-functioning electronics (or e-waste) is a particular problem in the US, where there are few laws controlling toxic e-waste and where the government estimates up to 80 per cent of all dead gadgets find their way to developing countries.

Here, the electronics are often burned in the open air, releasing highly toxic flame retardants into the atmosphere, or dipped into dangerous acid baths to release precious metals. E-waste contains dangerous heavy metals such as mercury, cadmium and lead.

Dell's policy now exceeds the requirements of the international Basel Convention, which bans the export of certain electronic waste based on its material or chemical composition.

How Dell will enforce its policy is still unclear. Last year, The St Louis Post-Dispatch newspaper found that three quarters of PCs sent from America to Nigeria for reuse actually end up being dumped, and even Greenpeace recently tracked a waste TV set there from the UK, after fitting it with a GPS tracker.