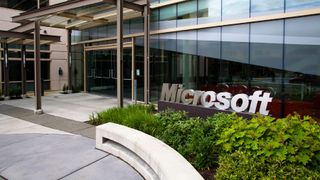 Microsoft is a company on the edge, not of disaster per se but of a choice between what it could be and what it will be. Under the stewardship of Satya Nadella, the company has, at least from the perspective of an outsider, progressed more in a single year than it did under the latter half-decade of Steve Ballmer's reign, both in terms of culture (which, admittedly, is hard to define) and strategic direction.

Of course, one of the defining moments of Steve Ballmer's term as Microsoft's CEO came toward the end in the form of a $7.2 billion (around £4.6 billion, or AU$9.6 billion) deal to purchase the phone division of Nokia. After originally angling for the whole company, including its mapping division, Ballmer had to settle specifically for phones, sealing the deal just before he retired.

Earlier this week, Microsoft announced a complete write-down of the Nokia purchase, a purchase that the company lost over $10 billion (around £6.5 billion, or AU$13.4 billion) on alongside the firing of nearly the entire staff of the phone company, a move that, while necessary, has drastically impaired the morale of workers. These decisions were made by Nadella who, in a company-wide memo, espoused Microsoft's new focus on a "mobility of experiences" across their devices.

What does "mobility of experiences" mean? Essentially, Microsoft no longer minds which devices a customer uses to access its services. Whereas before Microsoft wanted to own the whole experience, from device to software, now Redmond simply wants as many people using its services as possible.

Almost on the day Microsoft announced it was to purchase Nokia various pundits, including Ben Thompson of the Stratechery blog, foresaw the eventual write-down. Nokia, once a stalwart of innovation, had been reduced to the sole – or as close as makes no difference – manufacturer of Windows Phone handsets, which had driven the company to near bankruptcy.

The motives for the acquisition, however, are less than clear. The initial agreement struck between Microsoft and Nokia meant, in effect, that Redmond had all of the best bits of the Finnish phone maker, at a cost of zero billion. Over the course of the agreement, Nokia's financials became more and more uncertain as competition from rivals, who adopted Google's Android over Windows Phone, essentially forced Nokia out of the market.

From this perspective, it would seem that Nokia required saving – if Microsoft had not stepped in, the company would have gone under, evidenced by the debt-relief built into the deal.

But what Microsoft gained from the acquisition still remains unclear, especially as there has been no increase in either handset output (in fact, it could be argued there has been a decrease) nor market share gains of Windows Phone, despite Microsoft now owning both ends of the spectrum: hardware and software.

Some have simply written off the deal as Ballmer's last big mistake, the final folly of a man who was on the way out anyway. For a man who constantly claimed to love Microsoft – and more than likely did – signing a deal which eventually ended up costing the company $10 billion (around £6.5 billion, or AU$13.4 billion) seems counterintuitive, even for Steve Ballmer.