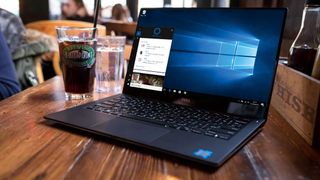 There’s some good news for Microsoft regarding Windows 10 adoption, as the desktop OS is back on the up-and-up – but the picture isn’t as rosy for the operating system’s Edge browser.

As a new month rolls around, we get the latest Windows 10 figures for the previous month, and in the case of the Steam hardware survey for June, Microsoft’s latest OS has gained a healthy 1.22% of operating system market share.

Windows 7 lost 0.61% of OS share and now sits on 36.14%, quite a long way behind Windows 10. It’s just over a year ago now that the latter overtook Windows 7, although progress has been considerably slower for Windows 10 since that happened.

Of course, Steam’s figures are a look at adoption from a gamer’s perspective, with that particular PC demographic being more likely to jump to Windows 10 thanks to the benefit of various features such as DirectX 12 and Microsoft’s Game Mode.

NetMarketShare represents a broader snapshot of general PC users, and according to its numbers for June, Windows 10 is now on a market share of 26.80%, up a tiny amount on the previous month where a percentage of 26.78% was recorded.

Windows 7, however, dropped 0.42% to hit 49.04%, something of a lurch downwards – but it still remains the most-used desktop operating system by far. What’s perhaps most disturbing in this particular batch of figures is that Windows XP actually picked up pace, gaining 1.28% to reach a total market share of 6.94%. More folks are using XP than Windows 8.1 which is on 6.4%, according to NetMarketShare.

Although as NetMarketShare gets its statistics from web usage – i.e. PCs online – the increase in XP could simply be more of these machines popping up online to get patched given all the latest major security threats like WannaCry. Although even in this case, it’s still a worrying revelation of the true number of XP-powered computers still out there.

At any rate, back to Windows 10, and while the operating system may have gained a solid amount of traction this month, its built-in Edge browser hasn’t fared so well.

NetMarketShare’s browser figures for June put Edge on a market share of 5.65%, which isn’t much of an increase compared to the 5.61% the browser reached in March.

Progress seems painfully slow for Edge, particularly when you consider how many people have shifted over to use Windows 10 – apparently all these folks aren’t tempted by Microsoft’s browser.

Although that’s perhaps not too surprising when you consider that many features have been slow to arrive for Edge (such as extensions), and we’ve seen the browser berated on the security front earlier this year, too.

Google’s Chrome has been the most popular browser for a long time now, and remains so with a market share of 59.49% according to NetMarketShare.