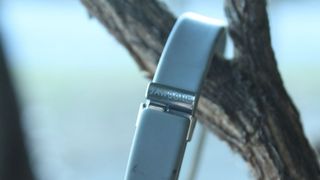 UPDATE: Fitbit's obviously not going to take being sued by Jawbone lying down. It issued this relatively belligerent (by Fitbit press statement standards) response today:

'As the pioneer and leader in the connected health and fitness market, Fitbit has independently developed and delivered innovative product offerings to empower its customers to lead healthier, more active lives.

'Since its inception, Fitbit has more than 200 issued patents and patent applications in this area. Fitbit plans to defend itself vigorously against all allegations made in the complaint to the International Trade Commission.'

Yes, Jawbone has filed another lawsuit against rival fitness tracking company Fitbit, and it's also called for sales of its products to cease. It's like the Smartphone Patent Wars all over again.

This is the third complaint Jawbone has made in two months, the most recent of which was in May, when the wearable manufacturer claimed Fitbit stole company secrets.

The new complaint, which was filed on Tuesday (July 8) with the International Trade Commission will act as an accelerator to the two previous lawsuits, and seeks to block Fitbit from importing fitness trackers or their parts.

Jawbone are hoping for a decision within 15 months, which is much faster than the previous two cases filed with the San Francisco Superior Court and U.S. District Court.

The cease-and-desist order could potentially come in before the 15 months, and would have a significant impact on Fitbit's business.

Fitbit is the most successful fitness tracking company, selling around 21 million wearables since 2011, and with a market share of around 34-percent.

Jawbone has made these allegations in the two months since Fitbit launched its initial public offering.

The company's stock has doubled since the IPO, and reached the price of $42 (£27, AU$56) on Wednesday. So it hasn't made a significant impact, yet.