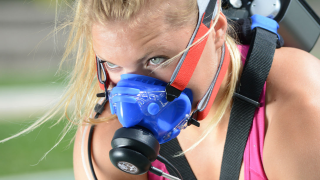 Over the past few years, fitness trackers have come a really long way. No longer do we just have the choice between over-priced, garishly-colored, souped-up pedometers that make us feel collectively rubbish for never ever reaching 10,000 steps.

Now some of the high-end devices on the market can monitor our fitness levels, track our heart rate, keep tabs on our breathing, know our exact location with the help of GPS and so much more.

But it’s not just about what our trackers can track. Wearable brands are also learning more and more about how best to present all of that juicy data in visualisations that are actually accessible and useful rather than complicated or achingly basic.

However, despite the fact we’ve come so far, there’s still a lot more fitness trackers need to do if they’re going to keep up with the demands of modern consumers and not end up stuffed in a drawer a few months down the line. And it’s not just the needs of the average consumer that need to be considered, but health concerns that are increasingly entering mainstream consciousness, like the dire quality of the air in urban environments and the raising levels of stress in the workplace.

So what do we really need from our fitness trackers as our expectations, stress levels and pollution concerns rise?

1. Tracking the quality of the air

Recent studies have shown that the air is sometimes so dirty in certain locations that exercising outside can do more harm than good. This means that if fitness trackers want to be really useful as we head into what looks like a smoggy, polluted future, they’ll need to be able to not just track running distances, but tell us when it even makes sense to go outside to exercise in the first place.

Tech that can monitor the quality of the air and then make recommendations based on these results has been available for some time. In recent years, products like the Cair Sensor have hit the market and generated a buzz among those with allergies, respiratory problems or general pollution concerns.

Products like the Cair Sensor may be surprisingly small, but there’s no saying how well the sensors inside them will translate into a much, much smaller wearable tracker. However, if levels of pollution continue to rise, fitness tracking tech really needs to start catching up and not just sending us on workouts that could compromise our health.

One really smart way of making the data as meaningful as possible – and really putting the sensors to work – would be to make information cloud-based. This way data about upcoming hazards, like smog or pollen, could be crowd-sourced and then used to provide real-time guidance and updates. But we’ve still got a long way to go before air monitoring sensors find their way to our wrists, let alone creating an infrastructure to make sense of the data they collect.

Being able to track something as subjective as well-being, calm or even stress is, as you’d expect, something of a minefield. (Hell, even defining them can be tricky.) But with studies showing that we’re becoming more stressed than ever, and mindfulness training stepping up to address some of these concerns, it makes sense that tech companies need to get their heads around how to better understand ours.

There are generally two different ways to collect data about emotional well-being: either sentiment analysis software (which works out what we really mean by what we say) or biometric data from wearable sensors.

A few big brands have started exploring the biometric markers that could help us to track stress. For example, both the Fitbit Charge 2 and Apple Watch track Heart Rate Variability (HRV), which is often used as an indication of stress levels. Then there are also dedicated wearables, like the Spire and WellBe, that use a combination of markers to gauge how stressed you are at any given time.

As more studies point to the link between emotional well-being and physical well-being, it doesn’t take a crystal ball to predict consumers will start to demand more data about their inner world just as much as their outer world from health and fitness devices. And there’s opportunity here for brands to ‘cash in’ on that, too.

But crucially, they’ll need this data to be useful. Serving up stats about soaring stress levels is likely to be counter-intuitive, which means wearables and their accompanying apps will need to be given meaningful feedback that people can learn from, calming advice they can put into practice and actionable steps that’ll help reduce stress in the long term.

It may sound simple, but if you have to take a device off to charge it, there’s a big chance you either won’t ever put it on again, forget to put it on regularly or stop yourself from developing habitual behaviour when it comes to remembering to wear it often.

Dreaming up ways to make charging more seamless is really important for the future of fitness trackers if they’re going to be worn regularly and become a mainstay in our health and fitness rituals. We’ve seen plenty of user-friendly, wireless charging options for the Apple Watch, like magnetic charging docks and stands, but solutions that don’t even require you to take a wearable off would be even better.

There are plenty of trackers that run on batteries that only need replacing every six months, but there’s often a trade off, like lack of a screen or reduced functionality. Another solution would be trackers that are solar-powered or self-powered by either movement, heat or sweat.

Although the tech has yet to find its way into big name devices, a number of smaller startups have been attempting to pioneer tech that runs on kinetic energy for some time now, like the Element1 that was looking for crowdfunded investment a few years back (and unfortunately never found it).

There are also a number of research teams looking at using kinetic energy from smart clothing, like this nanogenerator from the University of South Korea that rubs together textiles to generate power.

But it still seems like a long time until these kind of early projects will ever make their way to our wrists, so don’t throw out your futuristic, magnetic charging docks just yet.

4. Sweat, temperature and your breath

If you’ve ever had a fitness tracker that isn’t fully waterproof you’ll have worried about getting sweat on it. But tracking your sweat, temperature and even breath could be the future for fitness trackers.

Last year, engineers from the University of California, Berkeley developed a sensor that’s able to measure the electrolytes and metabolites in your sweat. These sensors also take information about skin temperature and can then alert you about all kinds of issues, like fatigue, high temperatures that could be illness and dehydration.

But more insights from our trackers won’t necessarily just rely on our sweat. Our breath can also provide useful feedback about our health and wellbeing. Dedicated devices that contain sensors built to analyse the composition of our breath are already available for health professionals and athletes and could feasibly make their way to smaller trackers in the not-so-distant future.

For instance, Cosmed’s K5 can measure metabolic parameters including oxygen consumption, heart rate, ventilation and energy expenditure all from sensing your breath. The problem for now is, to get all of that data, you need to carry around a bulky backpack. So, like most of the tech on this list, we’ll need to figure out how to get it to work just as well on a much smaller scale if we’re ever going to be able to integrate it into a fitness tracker.

There are already a number of small devices created to make taking blood glucose readings easier than ever for diabetics when they’re on-the-go, like GlucoWise. But, if fitness trackers are going to provide holistic pictures of a person’s health and wellbeing, they’ll need to be able to take readings previously reserved for devices in surgeries and hospitals.

And it’s not just those with diabetes that could benefit from additional sensors in their wearables, but those with other health issues too. For example, a report from Patently Apple suggested that Apple had filed a patent for a device that records electrocardiographic signals and keeps tabs on heart problems.

What does the future really hold for fitness tech?

It’s obvious that the more data our fitness trackers can collect about us and the world around us, the more we can learn about our health and fitness, make positive changes and track our progress. The good news for brands is the more we come to rely on this data, the more we’ll never take off their products – or continue to buy them every time they get updated.

But there’s always going to be a compromise. Many of the ideas above, like air quality tracking or stress monitoring, are alive-and-kicking in some form or another in devices. But that doesn’t mean the sensors and the tech they run on will necessarily be easy to translate to such a small space on your wrist.

So are we asking too much from the fitness tracker of the not-so-distant future? Well, maybe. But as consumers demand more meaningful data, alongside feedback that teaches them to improve and tech that’s smaller and more wearable than ever, it’s important to continue to innovate. Only by adding new features that’ll make fitness trackers all-singing, all-dancing health and fitness hubs rather than just step counters will consumers stay interested and invest in the insights they provide them.