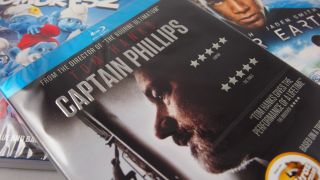 The 4K Blu-ray spec is complete

Licensing of the 4K Blu-ray ecosystem is set to begin in the Summer which ought to mean the players and the media will be on the shelves in time for the holiday season.

Perfect timing for it to cosy up to your new 4K TV when the nights are drawing in.

The new Ultra HD Blu-ray standard will enable the high capacity discs to deliver content at the 4K resolution of 3840 x 2160 and with a heftily upgraded colour range too. The new 4K Blu-ray discs will enable high-dynamic range (HDR) content as well as offering high-frame rate (HFR) playback too.

In terms of physical media, the existing Blu-ray tech is ideally situated to cope with the demands of 4K content.

Impressively Ultra HD Blu-ray isn't going to be restricted to physically connected devices either. The digital bridge feature will allow you to watch your content across a range of devices in the home.

The BDA is really trying to push the benefits of owning physical media, claiming 'the specification enhances the value of content ownership' by allowing you to spread it around.

The digital bridge though is an optional feature of the Ultra HD Blu-ray spec, which might not mean it's universally picked up.

Still, at least the BDA has mandated all the Ultra HD Blu-ray players will have to be backwards compatible with the current Blu-ray standard. So, don't worry, you're not going to have to replace your entire library to get access to 4K Blu-ray.