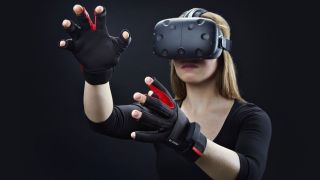 The visuals you see as you're moving around virtual reality space are only one part of the whole experience, and the audio needs to be just as immersive if you're going to trick your brain into thinking you really are blasting aliens out of the sky (or whatever else).

To that end, Valve has released a new Steam Audio tool for developers that it says will enable apps and games to have more realistic, 360-degree sound - and the new technology isn't solely limited to VR software either.

Steam Audio has a number of tricks up its sleeve: it can tweak the way sound effects come across based on your body position, as well as simulate sound bouncing off different objects in a room. It's also clever enough to work out how objects in the scene that you're in might block or muffle sounds.

With Valve releasing a developer tool like this, coders can more easily incorporate immersive sound into their games and apps without having to do all of the physics calculations themselves, and that should mean more realistic audio across the board.

So imagine music playing in a VR room that subtly changes as more people turn up at your VR houseparty (or when you go and hide in the bathroom to get some respite from your guests). The new tech should be particularly useful for games to add that extra feeling of actually being there.

"You can get a strong sense of space and direction, even from reflected sounds, reverb entering a room through a doorway, and more," says Steam. The software is actually the fruit of a 3D audio company Valve acquired back in January.