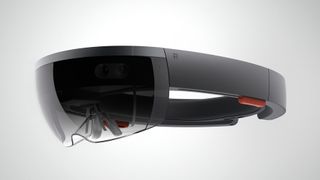 Microsoft was due to release Hololens v2 in 2017, but decided to skip straight to v3 and keep improving on its augmented reality (AR) headset. With no major AR rivals, Microsoft’s team felt no need to rush out a new headset until it was fully ready.

Thurrott’s Brad Sams reported earlier today that he's viewed internal Microsoft documents on the HoloLens project, indicating that the tech giant aims to ship out the v3 HoloLens—codenamed “Sydney”—by the end of Q1 2019.

It’s unclear whether this date refers to a general commercial release or, once again, a limited supply of developer kits. HoloLens creator Alex Kipman claimed last year that a consumer-ready HoloLens wasn’t planned for some time, but plans may have changed.

Sams also asserted that HoloLens Sydney would have significant hardware and design upgrades. Specifically, the headset would be lighter and more comfortable for longer wear times, and would come with “significantly improved holographic displays”.

HoloLens Sydney will undoubtedly incorporate these features, but may also call upon the powers of a notoriously failed Microsoft product: Kinect.

Microsoft has stopped building new Kinects for Xbox One, but it has continued to work on improving Kinect’s motion gestures using its AI Project Azure.

Project Kinect for Azure combines the Kinect camera—which features a wide FOV, twin lasers for measuring range, a megapixel sensor and 1024 x 1024 resolution—with an Azure-enabled computer. Combined, the AI and camera are far better at tracking movements than ever before, and can spatially map your surroundings with “high fidelity”.

Microsoft may not use Project Kinect for Xbox Two, but it will use it for HoloLens Sydney. Kipman confirmed this on LinkedIn, writing that Kinect was “the sensor that will give the next version of HoloLens new capabilities”.

Microsoft also wrote last year that it was upgrading the HoloLens’ Holographic Processing Unit (HPU), and that its HPU 2.0 would allow the team to reduce latency, increase the headset’s processing power and add something called Deep Neural Networks to the device.

We’ll likely hear more concrete details as we get closer to early 2019, but Microsoft isn’t hiding how excited it is about bringing HoloLens into next-gen territory with Sydney.

If HoloLens Sydney is truly a commercial device, this definitely checks out. Kipman admitted last year that, “You have to reduce the price point until it's affordable to the majority of the populous of Earth, which will be under a $1,000 and then some to get there.”

Abovitz conceded the iPhone X, which prices at $999 / £999 / AU$1,579, as a valid example, and that this could be the “floor” of Magic Leap’s eventual price. Microsoft could aim to price its new headset at a similar level.

However, all of this remains speculative. And, while the eventual commercial HoloLens could sell for less than a grand, it could continue to release devkits at a higher price point to start once Q1 2019 rolls around.