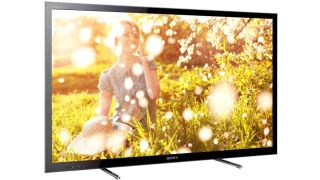 It's no Blue Screen of Death, but it'd be just as frustrating...

While thousands of Australians were glued to their TVs last night, cheering on the Socceroos, some fans were left wondering why their Sony Bravia TV was glitching. With Sony the official supporter of the Socceroos team, the timing of the glitch is a little more than ironic, coinciding with the Australia-Iraq soccer World Cup qualifier match last night.

Four models (KDL-EX550, KDL-EX650, KDL-HX750 and KDL-HX850) are affected in New South Wales, Victoria and Queensland. The glitch started mid afternoon on Tuesday, with Sony confirming the problem through a post on its support page.

According to Sony, the issue is caused by corrupt free-to-air TV EPG data, which is updated by broadcasters periodically. The glitch causes the screen to freeze or switches the TV off automatically every 90 seconds.

Sony issued two solutions, first at 3pm then at 4.45pm AEST, the latter simply asking customers to unplug their TV, wait for a minute, then turning it on again.

As the night went on however, customers posted on Twitter and technology forum Whirlpool that the solutions hadn't worked. Some Whirlpool users relied instead on their pay-TV input and simply unplugged their broadcast aerials.

Sony updated its statement today, acknowledging that customers had still been experiencing problems overnight and that the corrupt EPG data may have been from the Nine Network.

"Nine Network Australia engineers are believed to have identified the source of the corrupt EPG data, have stabilised the issue and are working through solutions to provide a permanent fix," the statement said.

Sony said that if customers still experience problems, to again unplug their TV, then turn it back on after a minute, or to contact Sony's support team.