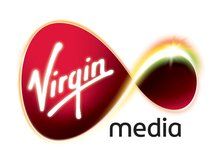 The return of Lost

Virgin Media and Sky have finally come to an agreement over Sky's basic packages – bringing the likes of Sky One and Sky Sports News back to cable on November 13.

A press release from the two companies confirmed that an agreement had been reached - which interestingly does not include Sky's HD offerings.

"The agreements include fixed annual carriage fees for the channels with both channel suppliers able to secure additional capped payments if their channels meet certain performance-related targets."

The two companies had a well publicised fall out over pricing early last year culminating in Sky deciding to remove its channels from Virgin Media's platform on 1 March 2007.

Although the row cost both companies money, in advertising revenue for Sky and lost customers for Virgin Media, it has taken more than 18 months to finally hammer out a deal.

"We are pleased to bring our carriage negotiations with Sky to a successful close, said Virgin Media's CEO, Neil Berkett.

"I believe this agreement represents a fair deal and is the right thing for our customers. We recognise the quality and popularity of Sky's channels and look forward to welcoming them back to Virgin Media's TV service.

"We are also pleased to secure Sky's continued carriage of the VMTV channels until June 2011."

Jeremy Darroch, Sky's CEO, adds: "This is great news for Sky and Virgin Media customers alike. We want our channels to be enjoyed by as many people as possible so we're delighted to secure their return to the Virgin Media platform."

As part of the agreements, both Sky and Virgin Media have agreed to terminate all High Court proceedings against each other relating to the carriage of their respective basic channels.

The deal will be widely welcomed by the public – with Virgin Media customers not only getting access to some of Sky's top-quality imported shows like Lost and Fringe, but also sports news from Sky Sports News and the Sky News channel.

"At last the Sky and Virgin suits have put aside their petty differences and done something good for consumers," What Satellite and Digital TV Editor Alex Lane told TechRadar.

"Now Virgin V+ owners can enjoy the same great TV shows, sports and movies that Sky viewers have been bragging about for ages."

A dialogue between the two companies has been constant, but the differences in valuation kept the platforms at loggerheads.