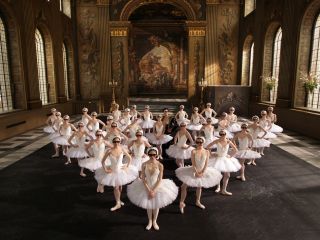 No, WE wear the glass...oh never mind

It's been almost six months since Sky showed off its 3D showreel to the world's media and revealed that it could broadcast it through its existing equipment.

Head of Product Design and Innovation, Brian Lenz, is the man pushing to bring a third dimension to UK televisions and, in an extensive interview with TechRadar, he explains how tasks like filming the world's fastest man running through Deansgate and making the National Ballet 3D are allowing Sky to learn valuable lessons.

TechRadar: It was December that Sky opened its doors to the media and showed off its 3D, how have things progressed towards it arriving in our living rooms?

Brian Lenz: So I think that what we saw back at that event was between 60 to 80 per cent of what I would consider broadcast quality, with the footage of Ricky Hatton boxing at maybe 80 per cent and the football clips and Gladiators at 60 per cent.

What we wanted to see was how close to broadcast quality we could get and make it a genuine option rather than a decision that is fraught with technical complexity and a logistical nightmare to film things in 3D.

SKY 3D: Bringing a new dimension to the National Ballet

Simultaneously we have looked to move 3D into the other genres we cover. We've targeted some arts content to get away from sports and test on something completely different. We've been shooting with the National Ballet and it's the most beautiful footage that we've shot so far.

It's absolutely broadcast quality, we hit that mark and we've proved to ourselves that we can do it and shown the value of 3D visually. John Lassiter said about 3D that it is 'removing one more of the barriers from the suspension of disbelief'. You are removing the screen from the equation and to see the depth that it brings to the National Ballet is the best version of that we've managed so far.