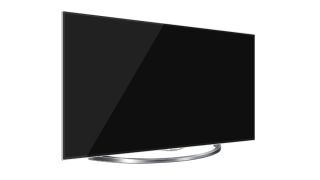 Looks like this Ultra HD thing may stick around

Although isn't widely available yet, Ultra High Definition TVs are slowly trickling into the Australian market, with Hisense joining the ranks of Sony, Samsung and LG selling 4K screens.

The Chinese brand today announced the 84-inch XT900 and XT880 series, which will be available in 58-inch and 65-inch models.

The biggest of the group, the flagship XT900, will sport a 3,840 x 2,160 resolution LED edge-lit display. The XT880 series will use similar display technology.

Each model will support 3D, PVR and smart TV functionalities, as well as built-in wi-fi. They will also have web browsing, social networking and video chat via Skype capabilities. The XT900 will also support 2D to 3D conversion.

Hisense is touting the 65-inch XT880 as the first UHD TV of its size to be sold in Australia, which will be on sale from late next week.

Speaking to TechRadar, Andre Iannuzzi, head of marketing for Hisense Australia, said that starting from June 17, Hisense will be launching 20 displays in JB Hi-Fi stores across Australia.

"When people speak of 4K or UHD TV, it is really one of these technologies that you need to see to believe," said Andre Iannuzzi, head of marketing for Hisense Australia.

The displays will offer demonstrations and explanations about the technology, offering a chance for consumers to learn more about the products.

Focusing on the consumer

Hisense is coming into the Australian market with a strong consumer focus. If you purchase the 84-inch XT900, for example, Hisense will deliver and install the product within 24 hours.

"For us, it's about consumer value. It's not just about the product," Iannuzzi said.

Iannuzzi said that while 4K content is currently limited, the Hisense range will be able to upscale content from Blu-ray discs.

He also said that the company was in talks with content providers, as this was an important aspect for consumers, though he could not yet officially give names.

Pricing for the range has not been announced, however Hisense has indicated that the XT900 and the 58-inch XT880 will be available from July.