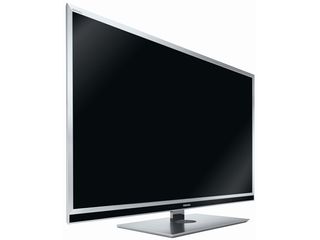 Toshiba YL range with Cevo inside

Toshiba has finally shown-off the first batch of Toshiba Regza TVs with a Cevo chip inside.

It's been a long time coming but, at its World Forum in Rome, Toshiba revealed that its YL and WL Regza TV series will come with the Cevo chip - an ultra-powerful, multi-core processing platform - which is a revised version of the Cell architecture seen in the Japanese Cell TV range.

The chip offers a number of features including active 3D, 2D-to-3D conversion and new 3D Resolution+ and NetResolution+ imaging technologies.

The TVs have been designed by Jacob Jensen and also come with Toshiba Places, an online portal that connects to Dailymotion, BBC iPlayer, Box Office 365, Flickr and the like.

There's a Freeview HD tuner on board and the TVs will come in 42, 46 and 55-inch flavours. The YL and WL range will also come with built-in Wi-Fi, DLNA and Windows 7 compatibility.

To make watching television a more personal experience, Tosh has also integrated something called Personal TV into the sets.

Essentially this means that you can pin-protect your own channel set-up (in case you don't want your partner to see your favourite channels for some reason) as well as remembering sound levels and picture settings.

And if that wasn't enough new tech, the YL and WL range will be the first in the word to have face detection built-in as well - so it will know who is watching the TV as soon as you walk into the room. Scary.

There's no UK release date or pricing but we will keep you posted as to when these mighty powerful TVs enter the UK.