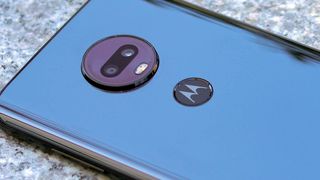 Based on a growing number of rumors and leaks, it seems very much like Motorola is planning to launch a phone with a stylus in the not-too-distant future. The most recent leak gives us a full rundown of the handset's specs.

XDA Developers has the scoop, courtesy of a source familiar with what Motorola is planning, and the first revelation is the name – this phone is indeed going to be part of the mid-range G family, and will be called the Moto G Stylus.

Then there's a triple-lens rear camera around the back – 48MP + 16MP + 2MP – which does the Action Cam trick we've seen from Motorola before, where horizontal videos can be shot even when the phone is in portrait mode.

Jack in the box

Rounding out the specs we're apparently looking at Android 10 on board, 10W charging, and a fingerprint scanner around the rear, as per the source. And then there's the stylus, of course, which is the key selling point of this particular model.

A few software extras will let users take notes or launch apps with the stylus, and even keep track of where the stylus is – if you misplace it, the phone will tell you when it was last removed from its internal slot.

So when can we expect to see this mid-range, stylus-equipped phone from Motorola? MWC 2020 seems like a good bet, which gets underway on February 24 (with press days beforehand), but for now pricing and a launch date remain something of a mystery.