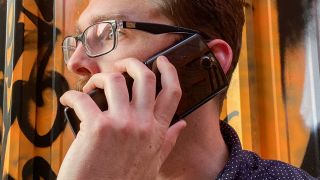 While the Motorola Razr has been slated to launch in the US on February 6, the phonemaker cautioned those who preordered that shipping had been delayed to February 18. But some units are reportedly shipping out earlier than expected - and actually might beat the release date.

It seems that some of those who paid for the phone right when preorders opened on January 26 have seen their orders ship alright, according to Android Central. The site posted an image with order tracking that allegedly shows an order (presumably a Razr) in transit...with an expected delivery of February 1.

Obviously that’s considerably ahead of the February 6 date, and it’s unclear if Motorola can stop it mid-delivery. It wouldn’t be the first device to get into consumer hands ahead of launch date.

Moreover, we don’t have much to go on without more evidence, so it’s unclear how many preorders are getting shipped early. If you bought the Razr early, you might want to check your order...and see if the foldable is coming early.

Even if folks don’t get the Motorola Razr early, the device will still arrive in time to be the second mainstream foldable phone available to consumers (in the US, anyway). And its price, while not substantially cheaper than the Samsung Galaxy Fold, is still nominally cheaper - about three-quarters of the pricetag.

More importantly, it’s the first foldable in the different clamshell format, which opts for a smaller folded-up footprint rather than a larger screen, which the Galaxy Fold and other vertical-hinged foldables have done.

While we’ll have to wait and see if typical consumers flock to the lower-priced Razr, or if they stay away to let the deeper-pocketed enthusiasts try out the phone - and crucially, its resilience - before signing up.