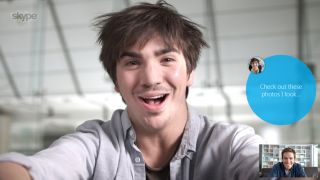 Microsoft is set to throw out its Messaging app in favour of Skype in Windows 8.1, according to reports. The Messaging app currently uses your Facebook and Messenger account to communicate with friends, but it looks set to be scrapped and assimilated into Skype.

The move would mean that Microsoft will finally begin to integrate Skype into its business strategy after obtaining it in 2011 for $5.2bn. Both the Xbox One launch in May and Microsoft Build Conference 2013 showed Skype as an integral communication feature.

The change will reportedly occur when the full version of Windows 8.1 is properly launched.

Didn't get the message? Try again with more blips