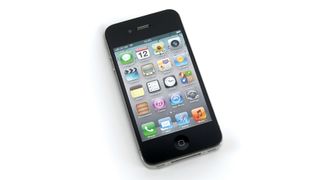 Patents are a hot topic in tech circles right now, with everyone who's anyone suing and countersuing eachother like it's a big game

The world of men is broken. They file and get patents for unimaginably trivial things in the name of driving innovation. The time of the Elves is ending. Or so we imagine Lord Elrond might react to the way things are now.

The recent billion-dollar Apple vs Samsung suit was a to and fro farce. It's not easy to understand the absurdity of some of the patents that have been granted to tech companies in recent times, not when we're constantly being told that the point of patents is to drive innovation.

To most mere mortals, patents may seem as strange as Elvish spells, and they are mostly written as such, but this guide will help you to decipher the complexities of patent law. We'll also discuss how the patent laws in the EU differ from those in the US.

We won't go fully into the history of patents and trace their origins in 15th-century Italy and England, for that's not what we're here to discuss. Instead, let's focus on how patents were introduced to the European Union.

While this may seem irrelevant, it's important to understand how the different EU nations, and indeed the rest of the world, treat patents.

It all started in Europe

Our story starts in 1973, when Belgium, West Germany, France, Luxembourg, Netherlands, Switzerland, and the UK agreed to a multilateral treaty called the European Patent Convention (EPC), to form a unified patent system in Europe. The EPC eventually led to the formation of the European Patents Office (EPO).

Patents in Europe can be obtained on a national level, or via the EPO. EPC and the EU, however, are not synonymous, as some EPC states, such as Croatia, Iceland, Turkey, etc, are not part of the EU. So, a patentee can file an application for a patent under the prevalent patent laws of the country, or under the EPO, if the country is one of the EPC states. As a result, the European Patent granted under the EPC, despite the name, is still only enforceable nationally, or under the specified member states of the EPC as specified in the application, and not the entire EU.

So, if a patent is granted under the EPC it is enforceable only in the EPC states as specified by the applicant in his or her patent application. There is no provision as yet for an EU-wide patent.

The exact process of filing or granting of a patent, the term for which it's granted and the extent of the exclusive rights depends on the patent and other national laws, and can thus vary from country to country.

The patent laws of various countries explicitly provide subject matters which cannot be patented. For example, the EPC considers discoveries, scientific theories and mathematical methods not to be inventions, and so these can't be patented.

'Non-obvious' is a term often used in US patent law. The equivalent term in European patent law is 'inventive step'. The idea is to ensure that patents are not granted for obvious and natural use of the design. So, a saw will not be granted a patent for use in cutting wood. But if someone were to use a saw, with some modifications, to create swimwear for deep sea exploration, that is a non-obvious invention, or an invention involving 'inventive step', and so it will be afforded protection under patent law.