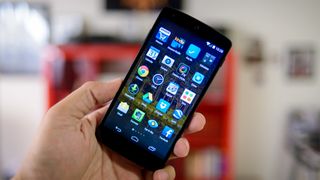 All protection, all the time

Security risks are no longer limited to desktop and laptop computers, a sad fact of life Google has acknowledged with the unveiling of new countermeasures to keep Android mobile devices safe from harm.

The Official Android Blog detailed a new stealth initiative aimed at keeping smartphone and tablet owners secure from potentially harmful applications, even though few users have ever dealt with such a problem.

This enhancement is built on top of Verify apps, a security measure implemented on versions of Android 2.3 Gingerbread and higher with Google Play installed, which requires verification before a potentially harmful app can be installed.

Google introduced Verify apps in late February as part of a Google Play service update, but the latest iteration will now "continually check devices to make sure that all apps are behaving in a safe manner, even after installation," explained Android Security Engineer Rich Cannings.

Google claimed the underlying foundation of its Verify apps feature has been used more than four billion times over the last year, but it was strictly limited to checking apps at the time of installation.

Thanks to a new app scanning system developed jointly by the Android security and Safe Browsing teams, Verify apps will now constantly monitor devices and offer a warning if and when anything potentially harmful crops up.

According to Google, fewer than 0.18% of Android apps over the past year were found to have gone rogue after installation, a risk the search giant calls "minuscule" but is addressing anyway in an apparent effort to bolster user confidence in the platform.

While the majority of Android smartphone and tablet users are unlikely to ever see a Verify apps prompt except at the time of installation, Google does expect "a small number of people" to see such warnings now that it has enabled constant on-device monitoring.