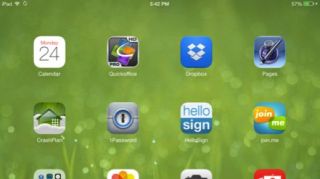 Siri may be learning how to say your name correctly thanks to iOS 7 beta 2, but the pre-release update of Apple's forthcoming operating system also carries with it extra device support.

This version of the still-baking OS contains iPad and iPad mini optimization in addition to the iPhone and iPod touch, meaning devs can get cracking on creating for Apple slates, though the rest of us will have to wait until the fall to get our paws on it.

You may recall that last week some developers stitched together a few emulated images of what iOS 7 could look like on the iPad, but now we have an actual, albeit still early, look at what to expect when the OS is ready for public consumption. And though Apple has shown iPads with an iOS 7 home screen, this is our first chance to see its inner avenues on a tablet.

9to5Mac put together a whole host of screenshots of the beta system for larger devices, and we've included a few grabs above and below, so take a gander.

It's no secret - blips are where it's at.