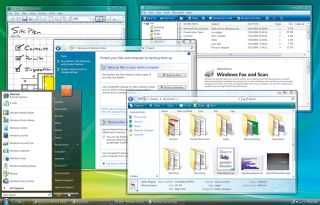 Microsoft has been accused of spin; and of not going far enough with desktop search concessions in Windows Vista

So if you want to run a desktop search option other than the one that's embedded in Windows Vista, you'll end up running two pieces of software instead of one. And that has obvious consequences for your PC's processing power.

This has led some technology commentators like Ars Technica to dismiss Microsoft's search concession as spin. It's been able to make itself look good by making concessions to its rivals; its rivals have been makd to look bad by asking for concessions in the first place.

"Microsoft's current approach to Vista desktop search clearly violates the consent decree and limits consumer choice," says Google's chief legal officer David Drummond. "[The proposed changes] are a step in the right direction, but they should be improved further to give consumers greater access to alternate desktop search providers."

California attorney general Jerry Brown said: "This agreement - while not perfect - is a positive step towards greater competition in the software industry. It will enhance the ability of consumers to select the desktop search tool of their choice."