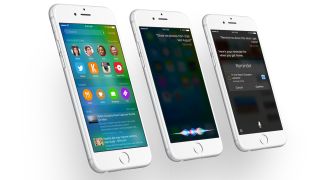 There's more to iOS 9 than you might have realised.

While Apple rightly hyped up the improvements it's making to Siri, Apple Maps and more at this year's WWDC, there are dozens of smaller features and enhancements coming to iOS 9 which didn't get highlighted during the company's keynote.

We're firm believers in equality here, so we think even the little updates should have a chance to shine. There are also quite a few things that you'll find really useful, so we've pulled together some of the additional iOS 9 features that Apple didn't make much fuss about - but which you'll certainly soon be using.

We've written about this already, but it's a really neat feature that didn't get a mention on stage. iOS 9 will introduce a new app coming called 'Move to iOS', which makes it easier for Android defectors to jump ship to iPhone.

It will wirelessly transfer your contacts, message history, camera photos and videos, calendars, web bookmarks, email accounts, wallpaper and DRM-free songs and books, as well as suggest you download any free apps you had and will also add paid apps to your iTunes Wish List.

Managing iCloud is about to get a lot easier, as a new iCloud Drive app is included in iOS 9 that lets you access all of your stored iCloud files from one place.

iOS 9 will ask you for a 6-digit Passcode rather than a 4-digit one on Touch ID-enabled devices. This is obviously to make your iPhone or iPad harder to break into, allowing for one million possible combinations rather than the 10,000 that four digits allow.

However, if you select 'Password Options' when setting up your Passcode there's an option to switch back to a 4-digit one, so the extra security isn't forced on you.

Apple mentioned the new Low Power mode which comes with iOS 9, but there's another cool feature that will make your device last longer. Your iPhone will now know if it's face down on a table and as such won't turn the screen on, even when you get a notification.

Apple covered various improvements it's making to its keyboard, but one thing which slipped through the cracks is the fact that letters will all now be shown in either upper case or lower case depending on whether shift is on or off. Until now they have always been shown in upper case.

You're probably pretty used to the layout of the iOS settings screen, but if not there's now going to be a search bar at the top which you can use to quickly find the setting you're looking for.

7. Find My Friends and Find My iPhone

These aren't new apps, but previously you had to download them from the App Store, whereas with iOS 9 they'll be installed as standard.

The Mail app in iOS 9 is being updated to allow you to add attachments from iCloud Drive. Just long press in the body of an email and you'll get an attachment option.

Apple has changed the font in iOS 9, replacing the previous Helvetica Nue font with the San Francisco font used by the Apple Watch. It's a subtle difference, but the eagle-eyed among you will certainly notice.

With iOS 9 you can toggle the side switch on the iPhone to lock rotation rather than mute the phone. That option is already available for the iPad, but for some reason hadn't been enabled on the iPhone.

If you launch an app through Spotlight you'll now see a 'Back to Search' option at the top of the screen, allowing you to quickly get back to Spotlight.

Similarly if you get a notification you'll see a 'Back to App' option which lets you quickly return to whatever app you were in previously.