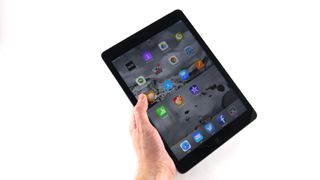 iPad before Windows? It could happen

The long and winding road to Office for iPad may still be leading towards a launch in early 2014, despite reports suggesting Microsoft had abandoned plans to bring the productivity suite to the Apple tablet.

According to ZDNet's well-connected Microsoft blogger Mary Jo Foley, not only is Office for iPad alive and well, it could even arrive before Microsoft launches a touch-friendly version for Windows 8.1 tablets.

The software, codenamed Gemini internally, is apparently ready for launch with outgoing CEO Steve Ballmer reportedly agreeing to a pre-July release, even though it left the company's own devices behind.

"As you might expect, Microsoft officials are declining to comment on anything having to do with Office on iPad," Foley wrote. "But don't believe the naysayers: Office for iPad is coming. And sooner than many think."

Although Microsoft has already launched a version of Office for iPhone for Office 365 subscribers, today's update comes amid suggestions that Microsoft might reconsider extending Office's availability on other platforms, in order to safeguard the company's interests.

Marketing chief Tami Reller told a technology conference this week: "As we step back and say, these core applications, these core brands that are so important to enterprise customers and consumers, how do we make sure that we're thoughtful about what we're doing on the Windows platform, as well as cognizant of the fact that there's other devices in their lives.

"So you'll see us be thoughtful about how and when we bring what applications to what platforms," she said.

So, while that was interpreted by some as Microsoft backing off the iOS and Android, it may be that the company is simply taking stock before ending the longest wait for software to reach a platform in recent tech history.