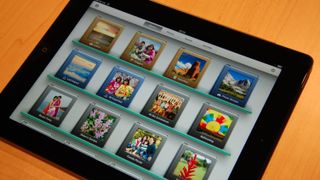 The United States Department of Justice (DoJ) has expressed frustration with Apple for continuing to insist it did nothing wrong, despite being found guilty in the ebook price fixing antitrust suit.

The DoJ is upset that Apple continues to push the judge to impose only minor penalties following a legal ruling that it conspired with major book publishers in order to keep the prices of ebooks artificially high.

The Justice Department wants an independent regulator to oversee Apple's future conduct and deals with publishers, and wants rival sellers like Amazon to be able to link to their own stores from iOS apps.

Apple isn't playing ball, with its proposed compromise imposing 'virtually no limitations' on its future actions, according to the DoJ.

In the latest court filing, the DoJ wrote: "In response to the Court's instruction that the parties meet and confer in an attempt to arrive at a mutually-acceptable injunction, Apple proposed to Plaintiffs a series of terms that impose virtually no limitations on the company's conduct beyond those already in place through the Publisher Defendants' settlements. In fact, in several respects, Apple's post-trial proposed injunction is less restrictive than the injunctions agreed to by the Publisher Defendants as part of their pre-trial settlements.

"They resist proposed changes intended to strengthen their internal compliance processes, refuse to undertake basic efforts aimed at restoring price competition in the marketplace, and even decline to commit to not repeating their anticompetitive practices in other content markets.

"Quite simply, Apple wants to continue business as usual, regardless of the antitrust laws. Under these circumstances, this Court should have no confidence that Apple on its own effectively can ensure that its illegal conduct will not be repeated. There must be significant oversight by someone not entrenched in Apple's culture of insensitivity to basic tenets of antitrust law."

Apple was left to fight the case alone earlier this year after all five major publishing houses settled out of court.