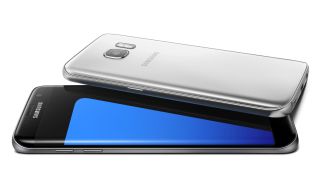 Samsung might have thought the smoke was beginning to clear around the Galaxy Note 7 disaster, but it appears the company could be facing fresh controversy after a series of reports found that its Galaxy 7 smartphone could be prone to the same fault.

The independent reports, which come from the Philippines and Canada, highlighted concerns that the S7 Edge handset might have the same explosive battery fault as the Note 7. The most recent report has come from a Canadian man who said that his S7 handset exploded in his car.

In response to these claims, Samsung has released an official statement which says that there have been “no confirmed cases of internal battery failures”, though there have been instances caused by severe external damages to handsets. As a result, the company says it still “stands behind the quality and safety of the S7 family.”

When the Galaxy Note 7 was released in early August to positive reviews, reports of explosions began to surface fairly quickly, stopping the phone truly taking off before Samsung had to announce a global recall.

The S7 and S7 Edge, which were released in March to positive reviews, have been on the market much longer than the Note 7 so it’s interesting that faults are only emerging now. Though three in quick succession is worrying.

Samsung has yet to find the exact reason for the Note 7’s battery issues, though the company recently published apologies to consumers in several newspapers stating it would carry out an investigation into the issue and make the results available to the public.

Whether or not the S7 and S7 Edge are prone to the same fault as the Note 7, Samsung surely can’t take any more bad press in this area after reporting a 30 percent year-on-year drop in profits for Q3 2016.