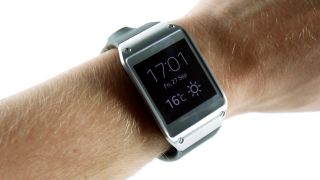 Only 1.9 million smartwatches were sold globally in 2013, but 61% of them ran Google Android, according to research from Strategy Analytics.

Android's apparent dominance in smartwatches is thanks to the Samsung Galaxy Gear, the smart wrist tech with the most presence at retail and marketing.

It seems Google and Samsung are currently at the forefront of a segment of the tech industry that has a lot of room for growth, if the numbers are accurate.

Considering there were reportedly only around 300,000 smartwatches sold in 2012, that growth could be about to tip.

Strategy Analytics Executive Director Neil Mawston said that the industry is mainly waiting for Apple to reveal its iWatch plans before really taking off.

Other competition could supposedly come from Microsoft, Tizen and the newly unveiled China OS, though in reality the future of smartwatches is still murky.

That's especially clear when you consider the sheer amount of negative criticism the Galaxy Gear - the most widely adopted smartwatch, mind you - has faced.

The Galaxy Gear 2 is expected to be better and cheaper, but facing the possibility of competition from Apple, who knows what other measures Samsung might take to attempt to secure its place in the saga of smartwatches?

Compare the number of smartwatches sold in 2013 to the numbers of tablets and smartphones - 1.9 million against 227 million and 990 million, respectively - and it becomes clear that this story is only getting started.