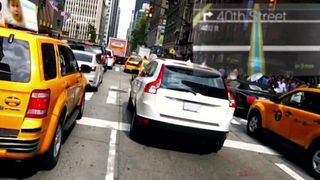 The 'I swear I only had one glass, officer' excuse won't work here

Wearing Google Glass while driving behind a car windshield is just too much glass for the U.K.'s Department for Transport, which is considering a ban on the gadget's use by motorists.

"We are aware of the impending rollout of Google Glass and are in discussion with the police to ensure that individuals do not use this technology while driving," said a DfT spokesperson to Stuff.

"It is important that drivers give their full attention to the road when they are behind the wheel and do not behave in a way that stops them from observing what is happening on the road."

The comments suggest that the government could enact specific laws banning Glass ahead of its 2014 debut among consumers.

"A range of offences and penalties already exist to tackle those drivers who do not pay proper attention to the road including careless driving which will become a fixed penalty offence later this year," said the DfT.

Not observing Google Glass etiquette behind the wheel in the U.K. could cost drivers the standard £60 (about $91, AU$102) fine and three points of their license, estimated Stuff.

Outside of the U.K., the U.S. state of West Virgin has considered banning Google Glass while driving on its country roads, according to CNET.

Likewise, a few businesses around the world are also shunning the wearable computer specs, including some bars and strip clubs.