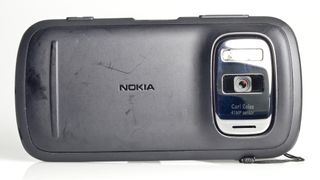 Nokia's headline-grabbing Pureview 808 crams a whopping 41 megapixels on its sensor, but can it actually deliver the goods?

Back in February, when the Nokia Pureview 808 was announced, there was only one thing grabbing all the headlines – the onboard camera with its astonishing 41 million pixels.

Even the Nikon D800, the company's semi-pro DSLR with a full-frame sensor, boasts 'only' 36 million pixels, so to find this amount on a smartphone seems almost too good to be true.

Of course, the naysayers will point out that pixel count isn't tantamount to image quality. Which is true in many respects, but it's worth pointing out that the 808 shoots in Pureview mode at 8 million pixel images by default.

This is achieved through a process known by some as pixel binning, or what Nokia terms "pixel oversampling". Whatever it's known as, this process essentially collects together groups of pixels to form larger pixels that are capable of collecting light more effectively. You can also choose to shoot at 38 million pixels if you prefer.

Fairly large, even by smartphone standards, a good proportion of the Nokia Pureview 808's bulk comes from the hefty lens protruding from the back of the camera.

The camera itself can be accessed either via the main menu or by assigning a shortcut to the home screen. It's a shame not to see a quicker way to activate the camera, such as on the iPhone 4S via its lock screen.

For a cameraphone, the number of controls available on the Nokia Pureview 808 are fairly extensive. You can elect to change to have the camera shoot everything in Automatic Mode, select a specific scene or have access to more advanced settings in the Creative Mode.

It is here in the Creative Mode that you have the option to shoot in different resolutions and "Sensor modes." We're not entirely sure why you'd elect to go for the full 38MP, but the option is there should you desire it.

Under Creative Mode you can also make changes to colour tones, choosing to shoot in Vivid, Sepia or Black and White should the mood strike you. There's also the option to choose between Normal, Bracketing, Interval and Self-Timer capture modes.

Handily, a group of settings can be saved in one of three slots, so if you find yourself often wanting to shoot in high-contrast black and white you can quickly flip to your saved settings.

Once Creative Mode is selected, a number of advanced settings can be accessed via the touchscreen panel on the left of the screen. Here you'll find flash modes, exposure compensation, white balance, ISO and the inbuilt ND filter.

Changes are made by swiping through options. This can be a little fiddly, or quick to change, but you learn the pressure and speed needed quickly once you use it. A handy bonus here is that each parameter includes a reset button for quickly going back to the default setting, which saves a lot of unnecessary swiping.

The shutter itself is released by a touch icon on the right-hand side of the screen. When held in landscape format, a physical button can also be used to activate the shutter on the top-right of the phone. This helps the phone feel more like a camera, and it can even be half pushed to focus first before fully depressing to release the shutter.

Like on other smartphones (and increasing amounts of compact and compact system cameras) the focus point can be altered by tapping on the screen. This is generally responsive, but we found on occasion that it took a while for the focus point to match the area tapped.

Digital zoom is available, which can be accessed either by pinching in and out on the screen or via the physical volume buttons on the side of the camera. This is pretty smooth to zoom in and out, and the actual buttons feel generally well made.

The 4-inch AMOLED ClearBlack screen works well in all but the brightest of sunlight, meaning you can view images in most conditions. Colours on the screen are displayed well, and give a good representation of how the images also appear on a computer screen.