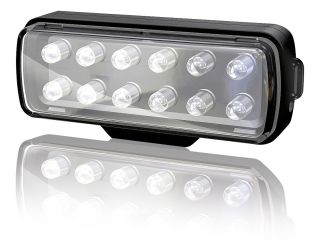 Manfrotto has introduced a new set of photographic lights

Manfrotto, manufacturer of a wide variety of photographic accessories and supports has introduced a new range of LED lights to complement digital cameras, camcorders and DSLRs.

Six different models divided into continuous and hybrid LED lights make up the new range, with each featuring unique characteristics to adapt to the needs of either enthusiast or professional photographers. Manfrotto claims that the lights guarantee perfect chromatic output for both photograph and video capture.

LED lights are a new arena for Manfrotto, which is best known for its tripod range. The ML120 Pocket 12-LED light has already received the Red Dot Design Award 2011.

Designed to be small, lightweight and easy to position, the lights will retail from around £40.

Continuous LED lights are designed for video production and photo shoots. The continuous LED line-up is split into three products, the Pocket, Mini and Midi, each differing in terms of the quality of the light they produce and battery life. Each also features a quarter inch thread on the bottom which is compatible with a variety of Manfrotto supports.

Hybrid LED lights offer broad illumination and are designed for the production of videos and taking photos in motion. Again split into three products, the Midi, Midi Plus and Maxima, the flash function offers four times the output of the continuous models. The effect is light which is specifically designed for portraits and close-ups as well as photographs when visibility is poor.