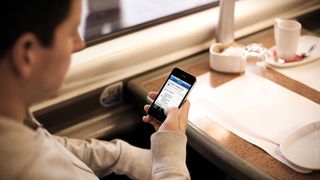 Faster international roaming has arrived, with Vodafone Australia announcing that it has switched on 4G global roaming in New Zealand for customers on the telco's Red plans.

Vodafone had announced earlier this year that it will be rolling out global 4G roaming in mid-2014 for customers on its Roam Like Home Red plans in NZ, the UK and Europe.

The Red plans were launched last year in Australia, allowing customers to roam with their local plan allowance for just $5 extra a day in the UK, most of Europe, NZ, US and six countries in Asia.

The Vodafone Group has been leveraging its international presence for cheaper roaming rates, and is now touting itself to have the largest 4G international roaming network.

"The best part of all is that $5 roaming won't break the bank – it'll cost you just $70 for a two-week holiday to use all your inclusions form your home plan, just like you were at home in Australia."

Vodafone Australia has said that it will be expanding 4G roaming in the UK and Europe, along with adding more countries later as well.