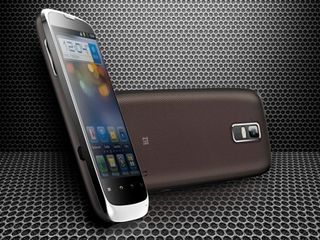 ZTE has decided to beat the MWC 2012 bound hordes by announcing its two major new Ice Cream Sandwich handsets a little early, in the shape of the ZTE PF200 and ZTE N910.

Looking set to be the company's new flagship handset, the disappointingly-named PF200 is rocking LTE connectivity, a 1.5GHz processor and a tasty-sounding 4.3-inch qHD touchscreen.

The company's first Android 4.0 phone, the PF200 will also offer an 8MP camera, with a 1080p-friendly front-facing camera to boot. There's also NFC, Bluetooth 2.1, DLNA and MHL to write home about.

Using our eyes, we can see that it still looks decidedly ZTE – a little chunky, a tiny bit dowdy – but what it lacks in aesthetics, it's likely to make up for in pricing, which we'd expect to be lower than its specificationally-similar competitors.

But that's not all! ZTE has also unveiled another Android 4.0 LTE handset, equally lacklustre in the naming department: the ZTE N910 (pictured below).

It's lower-spec than its twin: WVGA screen, 5MP camera and a 1.2GHz processor. But you do still get the LTE compatibility and the full-HD front-facing camera so it's not all bad.

The downside is that it's set to work across the LTE FDD, CDMA and EVDO spectrums so we're unlikely to get our mitts on it in the UK.

Clearly ZTE is looking to LTE as the headliner for its 2012 line up, as He Shiyou, executive VP and head of the terminal division of ZTE says, "These LTE devices are the fore-runners of a wide range of LTE devices ZTE will bring to the market in the coming months, and as more and more LTE networks come on stream.

"They will be feature products – among a very wide range of devices on display at the ZTE stand at Mobile World Congress 2012."

TechRadar will be out in Barcelona in force, so stay tuned for our hands on ZTE PF200 review next week.