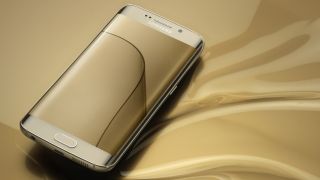 Evolution teaches us many things, one of the most important being that in order to survive, we must adapt. Unfortunately, some creatures are better adapted for survival than others. Over thousands upon thousands or millions of years, a seemingly simple organism can rise to be a thriving part of its species, setting an example of the benefits of such evolution.

However, all evolution is met with hardship, and obstacles. In the insanely competitive mobile world, products live and die on a daily basis. If you're lucky enough to break through all the noise, you may just live on for future generations. One such company that's evolved to the top of the food chain is Samsung.

In 2009, Samsung accounted for only four percent of all Android smartphones. Today, that number has jumped to 29.3%, according to a recent comScore report. Not to mention, Android now commands just over 80% of the mobile OS market, leaps beyond its position behind Windows Mobile, RIM, and the now non-existent Symbian.

Samsung may have been blasted for "copying" designs in the past, but the company hasn't been afraid to make big bets. One of the most memorable was the Galaxy Note, a phablet, a word with an increasingly shifting definition, with a completely unheard of 5.3-inch display. It was criticized as being ridiculously big and wouldn't sell, yet here we are with the fourth iteration, and 5-inch plus phones being the norm.

Apple eventually saw the need with the iPhone 6 Plus, and helped reduce the jokes about Android users making phone calls with their "tablets." Just last year, Samsung made another bet with the Galaxy Note Edge, the first ever phone of its kind. A peculiar concept, the unique experience has made it center stage with the Samsung Galaxy S6 Edge, the latest flagship that also sports some firsts.

What exactly is the Edge?

While the Galaxy Note Edge had just one curve, the Galaxy S6 Edge features what Samsung claims is "the world's first dual-curved glass display." Edge is a simple marketing buzzword to advertise the curved display, and although "Curve" may sound like a better choice, it doesn't get the whole message across.

For example, by swiping from the "Edge," you can access and customize a list of your five most popular contacts. Tapping on their photo, which appears as a bubble icon, lets you call or text them, and if you want to see more details such as their most recent text, you can swipe again over their photo.

Going a step further, you can customize the color for each contact. Such a feature may sound trivial, that is until you leave your phone facing down. Because the screen is slightly curved, a tiny sliver is exposed. If your friend Jason calls, and his color is red, the exposed part of the screen will light up red, instantly signaling to you your friend Jason is calling.

Where the Moto X 2nd Gen has front-facing sensors enabling you to wave your hand over the screen to ignore a call, the Galaxy S6 Edge allows you to ignore a call by putting your finger over the heart-rate sensor. This obviously makes a lot more sense if you often leave your phone facing down, which may or may not be the case.

The Edge also functions as a stream for content that interests you. Think of it as a stock ticker of sorts, able to display tweets, text messages, weather, emails, and more. Because Samsung takes advantage of a Super AMOLED display, it can display this information when the screen is turned off, and not drain your battery. To see more details about whatever information is being shown, simple tap the Edge to be taken directly to it.