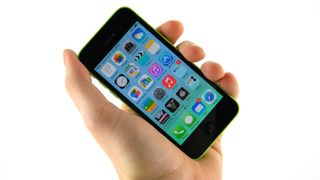 Is the 4-inch iPhone an endangered species?

One of the big questions surrounding Apple's 2015 iPhone line-up is whether the Cupertino company will introduce a new phone at the 4-inch size, offering a cheaper (and smaller) alternative to the main flagships.

The answer is yes, according to the most recent reports out of China. Apparently supplier AU Optronics has secured a deal to mass produce 4-inch screens, though inside sources say it's for a 2016 model rather than one that will appear this year.

At sixes and sevens

To muddy the waters further, the report in the Economic Daily News refers to an iPhone 7 and an iPhone 7C. If there is a 4-inch iPhone in the works we'd expect it to be called the iPhone 6C.

Back in January, we were told not to expect a 4-inch iPhone this year thanks to the runaway success of the larger handsets. Then in April it sounded like the smaller phone was back on the table - and again AU Optronics was mentioned in dispatches.

Unless Tim Cook is going to give us a sneak preview - and don't hold your breath - we'll have to wait until the official reveal to see how big or small the 2015 iPhones are. With the iPhone 5S and iPhone 5C nearly two years old now, it seems likely that Apple will either bring out a new 4-incher or ditch the size completely.