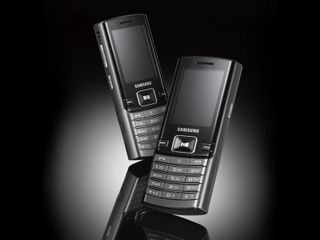 Samsung's new D780 dual-sim phone - for those who want an efficient personal life!

Samsung Electronics has just announced its second dual-SIM phone, launching in Russia next month and making its way to the UK later this year.

The entry-level D780 features a 2.1-inch QVGA LCD and a 2-megapixel fixed-focus camera, as well as an FM radio, Bluetooth stereo A2DP and a microSD expansion card slot.

The poorly translated release continues: "Even while consumers are using a certain mobile number, they are still able to get a call from the other number. Seamless transition from one to the other number provides exactly same experience to bring two different mobile phones while just carrying one single mobile phone."

Are you concerned with efficiency in your personal life? If so, TechRadar advises that you consider just chilling out a little…

In other Samsung news, the company’s G810 ‘infotainment’ handset will be available as of next week in the UK according to Carphone Warehouse. The tri-band Symbian OS S60 phone rocks on-board GPS, a 2.6-inch display, 5 megapixel camera with a 3x optical zoom, a xenon flash and face-detection software.

No pricing from Samsung or Carphone Warehouse on the G810 yet, but expect this shortly.