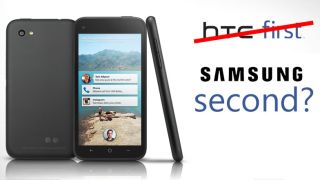 We're hearing that the world's biggest social network is on the hunt for a new friend to help it with its mobile strategy, as it was apparently less than impressed with its HTC fling.

Facebook CEO Mark Zuckerberg has met with the head of Samsung in South Korea to discuss various partnerships between the two firms - which has led many to think it's on the lookout for a manufacturer for the much-talked-about Facebook Phone.

With a disappointing reception for the HTC First, Facebook is licking its wounds as its new Home software overlay for Android appears to be a flop, so turning to the world's biggest smartphone manufacturer seems to make sense.

According to Bloomberg, Zuckerberg discussed ways to generate ad revenue from mobile phones, as the social networking site finds more and more of its users logging in with their smartphones, and thus bypassing the majority of the ads you get on the desktop site.

Meanwhile the Korea Herald is reporting that Zuckerberg was talking about a "Facebook-friendly" smartphone with the Samsung executives - although the South Korean firm has tried to distance itself from these reports.

Separate sources claim Samsung doesn't currently have any interest in developing a phone with Facebook - so it's all a little confusing at the moment, although it's worth remembering Zuckerberg himself has previously said Facebook doesn't have any plans to develop a network branded handset.