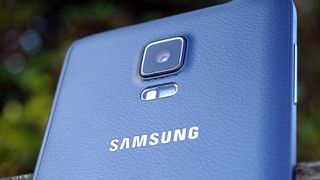 Samsung may not be such a dominant player for long

Right now Samsung is the biggest Android manufacturer in the world and even outside of Android it often seems like it only really has Apple for competition.

But that could all be set to change, and in as little as five years Samsung could be "slaughtered", or at least that's what Kirk McMaster, the CEO of Cyanogen, claimed when speaking to Business Insider.

He argued that manufacturers in emerging markets could become the new kings as they are "creating really cheap handsets that have really awesome performance."

The competition is heating up

He goes on to say: "These guys are hustlers; they're fast moving. They know what it takes to influence market dynamics."

It's an argument that holds water. After all Xiaomi, a company that's little known in the West, is now the third biggest smartphone manufacturer globally, while Micromax has surpassed Samsung in India – which could become a huge market. Other regions have upstarts of their own, such as Blu Products in Latin America.

McMaster sees the same fate befalling Samsung as came to BlackBerry and Nokia. Of course this is just one person's opinion and we don't imagine Samsung is in any immediate danger of collapsing, but it could certainly face some stiff competition.

Apple is unlikely to face quite the same problem, since iOS is likely to remain popular in the West and no other companies can make that. But as the smartphone market grows in developing regions it could still find its global market share shrinks in the face of cheaper Android devices.