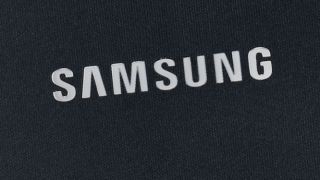 Samsung has splashed some of its cash in the direction of Cambridge Silicon Radio (CSR), in return for some of the British firm's resources, patents and technology.

Shelling out $310 million (around £198 million), Samsung's transaction with the UK-based company sees CSR transfer all of its resources devoted to handset connectivity technology to the global manufacturer.

Handset connectivity refers to the 'cutting edge' technology CSR has been researching regarding Bluetooth and Wi-Fi interoperability, which are now prevalent across nearly all smartphones.

CSR will also shift some of its resources regarding handset location technology to Samsung – giving the South Korean firm 310 employees and a series of fixed assets.

The deal also sees the Korean giant gain 21 patents, which it will then licence royalty-free back to CSR.

Finally Samsung has been granted "world-wide, perpetual, royalty-free, non-exclusive license of CSR's intellectual property rights" – allowing it to use the technology as much as it wants, in devices anywhere in the world.

As a result of this deal, Cambridge Silicon Radio will stop investment in its handset location and connectivity divisions, and focus on five core areas; Voice & Music, Automotive Infotainment, Indoors Location, Imaging and Bluetooth Smart markets.

Joep van Beurden, CEO of CSR, said: "I believe that under Samsung's ownership the handset operations will be in a better position to prosper in the global handset market."