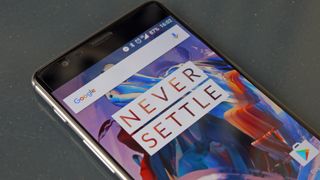 Okay everyone, slow down. Let OnePlus catch its breath.

Turns out the OnePlus 3 is proving so popular that the Chinese startup is struggling to keep pace with demand – especially in Europe.

Writing on the OnePlus blog, co-founder Carl Pei confirmed the company would be hitting the pause button on sales of the OnePlus 3 for over a month in 24 countries to give it time to replenish stock of its excellent third-generation flagship smartphone.

"We were confident in the OnePlus 3 when it launched, but sales in mainland Europe have been way better than what we expected," Pei explained.

"Therefore, we've decided to temporarily pause sales in some countries in order to give inventory time to replenish."

This isn't the first time the firm has been plagued by stock issues, with all of its previous handsets also suffering some form of supply bottleneck, and it's something which will undoubtedly cause frustration among some fans.

Pei continued, "Sales for the following regions will be temporarily paused on oneplus.net from August 9 0:00 (CEST) until September 12 23:59 (CEST)."

Update: We contacted OnePlus to find out more information, and a spokesperson told us "the delivery delays only affect the countries mentioned in the forum post, so not the US or UK. The delay only applies to orders after August 9 for the mentioned countries."