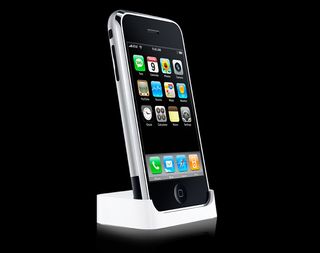 Nokia's patent dispute goes as far back as the first iPhone

Nokia has filed a complaint against Apple for an alleged infringement of multiple patents for technology used in the iPhone.

Nokia has a large patent portfolio relating to a huge number of technology types used in mobile phones, with many of these licensed by the major handset manufacturers.

But the Finns are alleging that Apple has unlawfully used technology relating to GSM, UMTS and WLAN technology (2G, 3G and Wi-Fi connections) on mobile phones, previously developed and patented by Nokia.

The patent infringement case covers all iPhone models developed by Apple, and if successful could lead to a huge fine for Jobs' firm for stealing vital technology.

"Nokia has created one of the strongest and broadest patent portfolios in the industry, investing more than EUR 40 billion in R&D during the last two decades," said the company in a statement.

"The ten patents in suit relate to technologies fundamental to making devices which are compatible with one or more of the GSM, UMTS and wireless LAN standards. The patents cover wireless data, speech coding, security and encryption and are infringed by all Apple iPhone models shipped since the iPhone was introduced in 2007.

"The basic principle in the mobile industry is that those companies who contribute in technology development to establish standards create intellectual property, which others then need to compensate for.

"Apple is also expected to follow this principle. By refusing to agree appropriate terms for Nokia's intellectual property, Apple is attempting to get a free ride on the back of Nokia's innovation."

The case is being heard in the Federal District Court in Delaware, and will likely take a number of months, if not years, to resolve if other big-name suits are anything to go by.